Side Quests are short side trek excursions for your PCs which can be played in a single sitting. There are four such adventures contained within this single volume, the first of many to come from AdventureAWeek.com / AAW Games!

Contagion
A Pathfinder Side Quest by Will Myers for four PCs of levels 5-6
Elves have appeared in Rybalka and are on the search for something ancient. Will the PCs uncover their plot, try to stop them, or join them?

Giant’s Cavern
A Pathfinder Side Quest by Stephen Yeardley for four to six PCs of levels 8-11.
A distraught but angry and determined cleric is looking for a group to work with her to recover the bodies of her former allies and a specific weapon which was the cause of their deaths. However, she needs reassurances that she won’t be cheated and demands a heavy deposit for her information, which will lead to greater rewards.

Serpens Sanguis
A Pathfinder Side Quest by Jonathan G. Nelson for four PCs of levels 9-11.
An ancient cult of maniacal dragon worshipers known as Serpens Sanguis once dwelled deep within a hidden sanctuary buried beneath a tall mountain peak but in recent years the cult has grown deathly silent, all that is left are rumors of powerful magicks and a great treasure hoard which awaits those brave enough to enter.

Turn again, Turn again
A Pathfinder Side Quest by Stephen Yeardley for four to six PCs of levels 8-12.
When the gods and demi-gods were young, fresh and inexperienced, they were often taken in by the duplicitous nature of some of their “worshipers”, falling for flattery and deception from those who were a little more “worldly-wise”. So some of the newer demi-gods devised a series of chests that responded to the actual nature of the person opening it, thus revealing their true selves. These chests were filled, placed in a hidden and challenging spot and watched by two of these deities – to ensure fair play – for when experienced followers, who a particular deity wanted to help develop further, came along.

Be the first to review “Side Quests – Volume 1” 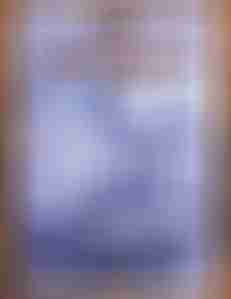