Leuna and Ederra, a pair of lamiak twin sisters, have built a bridge over the rushing waters of Amorrura River. The stone bridge provides safe access across the river for the villagers of the nearby settlement of Urakurba into the hunting grounds of the nearby forest. In return for this gift, the villagers leave gifts to the sisters of ale and fresh fruit each night at a shrine near the river’s edge. 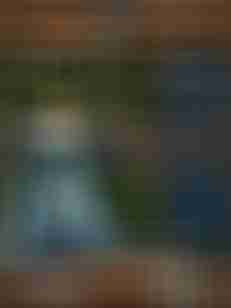