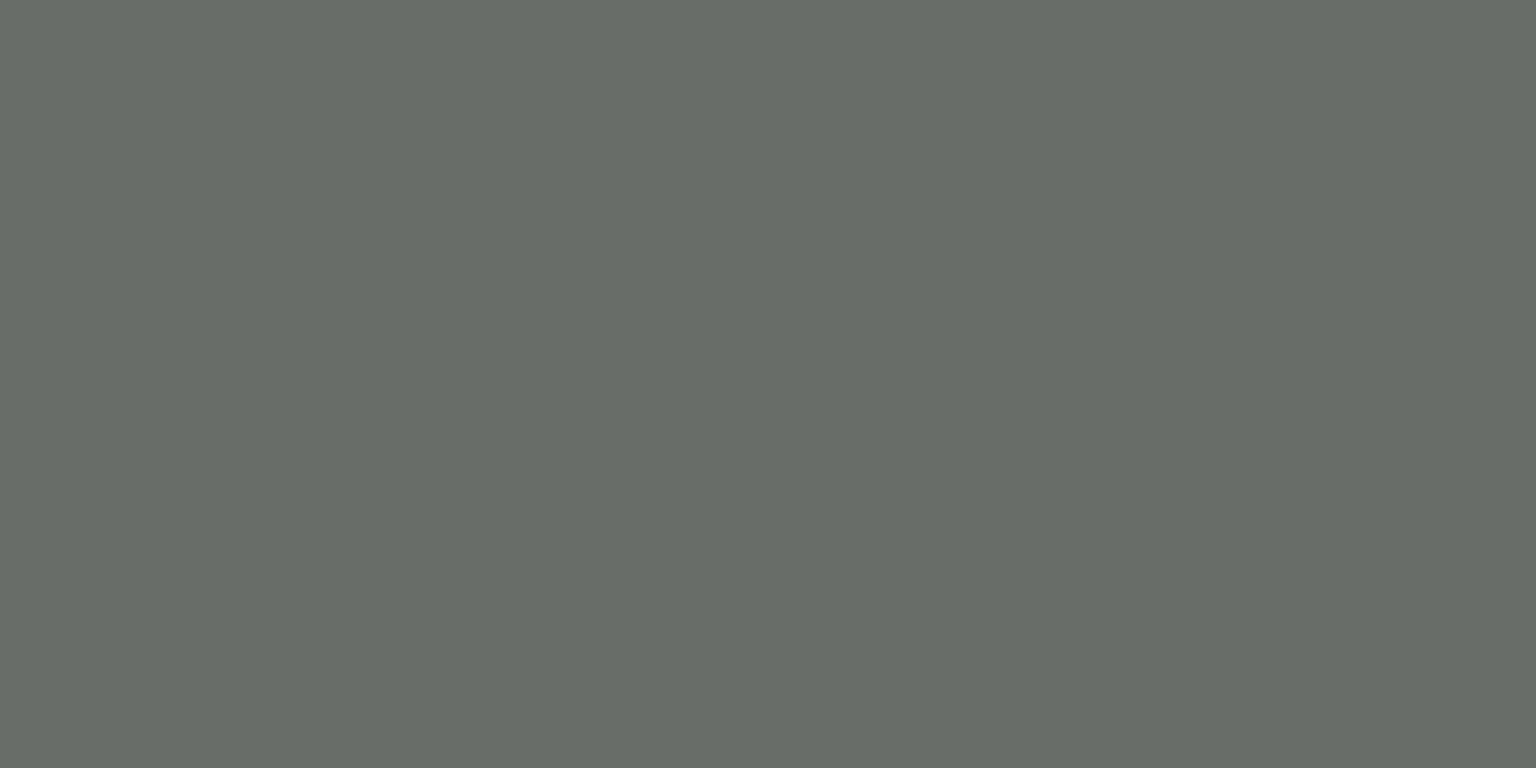 This flowchart will put the intended outline of the adventure’s campaign arc into perspective. It is also a concise bit of GM advice for running Rise of the Drow that helps track experience “gaps” inherent to a sandbox campaign. Note: This post contains spoilers, if you are a player you’ll want to stop reading here and instead send this post to your GM!

The margins of the collector’s edition mention that the Stoneholme trilogy can serve as an alternate prologue to Rise of the Drow. Those adventures were written using story-based or milestone level advancement. (They’re also much more low-level-character friendly!) While they don’t have the subtle nuance of sandbox-in-your-script that the collector’s edition prologue has (read on!), they are well suited to having an entire campaign set in the Underworld (Can you say Underworld Races & Classes?). Would you like to see the Stoneholme trilogy remastered and updated to match the collector’s edition? Get in the comments!

Prologue: Shadows From the Underworld

The collector’s edition prologue ostensibly takes characters from 1st level to 5th. “Ostensibly,” because more than a few GMs have reported that they run a pre-prologue adventure set on the Rybalkan peninsula using some adventures (A00, A01, A02) from the A-series. This would put the characters solidly within level 2 at the start of The Darkness Arrives, and at 6th level by the time they reach the Underworld.

The collector’s edition prologue also serves to set expectations for the core campaign regarding the shift from scripted adventure to sandbox setting. If you aren’t familiar, a “sandbox” setting is one built for exploration. There is no prescribed story arc. Instead, your party only encounters those adventures they seek out and engage with. Rise of the Drow never goes full sandbox—there is a prescribed plot, after all—but it gets mighty close. The Shadows From the Underworld prologue reflects the progression from a story-driven adventure to a sandbox-ish setting. Spoilers ahead!

The Darkness Arrives. Part 1 is a straightforward dungeon crawl that sets the stage and directs the plot. It’s notoriously difficult. You’re welcome! Our GM advice for surviving the cathedral will help.

The Darkest Dawn. Part 2 is an overland adventure with numerous scripted options. Here you are required to weave story-driven encounters, random(-like) encounters, and setting info as the party makes its way through the Dark Wood. There are two pre-scripted paths the party might take. However, it’s just as likely they’ll take some combination of the two paths. For the GM, this is an exercise in keeping the players plot oriented while at the same time allowing the sandbox to grow. You’ll use these skills again!

The Darkness Revealed. By Part 3, the only story directive that remains is “rescue the villagers!” You, as GM, have the tools to guide the players and hinder their characters, but exactly how the party rescues the villagers from Adrik’s Folly is not scripted or assumed by the text. Here, the GM is called upon to use the tools of the sandbox to reach a plot point with—and this part is important—only minimal direction from the text. The heroes may choose not use the secret entrance; Trax may never make an appearance; and it’s entirely possible the chase to Galekin Estate never happens; all depending on the actions the players take, and, of course, the GM’s preparedness.

Rise of the Drow

The core story of the campaign begins when the heroes learn of Embla and the rising drow threat, the barest beginnings of which they’ve just experienced (with either prologue). Characters are at least 5th level by now, and possibly even 6th if they went on a pre-prologue adventure or somehow engaged in some side treks (Mini-Dungeons?).

The leveling benchmarks become murkier the deeper into the campaign you go. If you were to simply follow the scripted encounters without filling in random encounters and leaving space for player exploration, your heroes could potentially find themselves in Holoth by level 8 or 9. While this tactic can be appealing for several reasons, you will have to adjust the difficulty to accommodate under-leveled characters, but in order to get the most of your collector’s edition tome, you’ll have to introduce players to your sandbox in order to fill in the gaps of experience they’ll need to reach Tolgorith Tower.

Part 4: Descent into the Underworld

Despite being a series of scripted encounters, Descent Into the Underworld has precious little in the way of plot development, though it has the potential to divulge a plot outline to the players, if you wish it. This chapter starts with learning of the trouble the drow are causing in the Underworld and it ends with a couple of drow encounters (the ambush on the Long Road and the raid on the skildpadder caravan) just before arriving in Embla. Nearly everything in between is only tangential to the main story.

Experience Gaps. For the heroes to reach 8th level by the end of this chapter, you’ll have to incorporate more than a few extra scenes, either scripted or random, beyond those spelled out by the book. Page 75 in particular is a good starting point for constructing a random encounter. You could follow that template using the content from pages 242-249 to create several thematic random encounters. Alternatively, you could allow the players some exploration and opportunity to engage with story elements that appeal to them (and are probably tangential to the plot).

The caravan assault, for instance, is intended to serve as a ready-made segway into Embla, but it could just as easily introduce a connection to Stoneholme, Vethin’s Hold, or any number of your own custom sand castles. The ambush from Sor Gullion might pique player interest, especially if Sor is talkative in the encounter. This could lead to an Underworld chase that allows for interesting exploration that could introduce any number of people or places. The most likely scene the players will probably express interest in exploring is the Ossuary Collaborative; perhaps Makinnga allows them to travel the portals as some form of test or bargain. Even the environs outside Krelgar Keep could catch the eye of players interested in reforming the area. The keep environs random encounter tables then become a list of problems to be solved before the keep can be inhabited!

Part 5: The Scourge of Embla

A lot happens in part 5 that furthers the plot, but it’s entirely possible that most of it happens out of sight of the characters. Not only does the text skip straight to the assassination attempt, the fallout *of* the attempt is largely left up to the GM. We’re well into the sandbox now! To get the absolute most out of the collector’s edition, we’ll break down the facets of ‘Scourge’ in two parts.

Arrival in Embla. Miah (if you’re using him) quickly ushers the heroes off to his home after entering the city. It might seem there is little to engage the players here until the meeting with the Merchant Circle, but the read aloud text that fills most of page 79 is not to be ignored! Not only does it present the most obviously visible locations within Embla, it firmly establishes the scope and purpose of the city. Though the text doesn’t include mentions of the city’s neighborhoods, whoever is guiding them on this initial tour would likely mention Dodeligtown or the Zwerc Conservative to certain characters.

And the text *does* make clear there is some time before the meeting of the Merchant Circle. Exactly how much time is left vague to accommodate allowing characters to explore Embla. Unlike the insular Rybalka (or the equally standoffish Stoneholme), Embla is the true “home base” of the campaign, accepting (or at least tolerant) of all races and cultures, as long as they’re there to engage in trade. And exploring Embla now, when it still has some semblance of normalcy, is vital to the next hybrid script/sandbox moment.

Aftermath of Assassination. The only thing the campaign story requires of the heroes at this point is to deal with the drow threat, and the rest of the chapter is devoted to giving you guidance based upon their likely choices.There is certainly no guarantee that the heroes will decide to raise an army, but if they do there is a page of guidance (page 85). There is impetus to move quickly, but they may decide to linger in Embla; should that occur, there is a page of guidance (page 88). Should they simply set out on the shortest path with no plan, there are tools to help guide those choices as well (and punish them for their hubris!).

Experience Gap. Between the assassination attempt and the party’s arrival in Holoth is the deep end of the sandbox, as indicated by the outlines of the Back Road and Dark Road sections. Again there is minimal direction from the text to allow you (and your players) the freedom to explore. And this experience gap is the largest one in the campaign.

If exploration isn’t your thing, you simply need to generate random encounters along whichever path they take or adjust the enemies of the final chapter to accommodate under leveled heroes. But if your players engage with the ahool moss caverns or befriend some dweorg merchant refugees, the latitude is there to allow these tangential stories without disrupting the plot. And as always, if tracking individual experience points isn’t your kind of fun, this style of sandbox play easily accommodates milestone leveling!

By this point if you have embraced sandbox play then including your own prompts and sidetreks will be old hat. No matter the means* by which the party enters (and potentially explores!) Holoth, the Spider Temple and Tolgorith Tower are the obvious destinations. They are naught more than sand within this sandbox to be shaped as you see fit. But they also function as a straightforward scripted dungeon should you so desire one.

*One notable request for entering Holoth by force is further detail on Holoth’s forces, both those abroad and at home. Specifics such as these were intentionally not included in the collector’s edition, for two reasons. The first: Because there was no room to include even a simplified mass combat system. And second, the default assumption for this edition is that of cinematic mass combat, as discussed on page 76. But as always, get in the comments! Tell us you’d like to see AAW’s take on a mass combat system or a faction war game mechanic! Anything that generates enough buzz will definitely get our attention!

This blog post is getting a bit long in the tooth, so we’ll end here for now. Do you have some RotD questions you’d like answered? Or some additional content you like to see? Did this article help fill in the gaps for your campaign? Join our community on Discord and let us know!

1 thought on “From Script to Sandbox: A Rise of the Drow Outline”