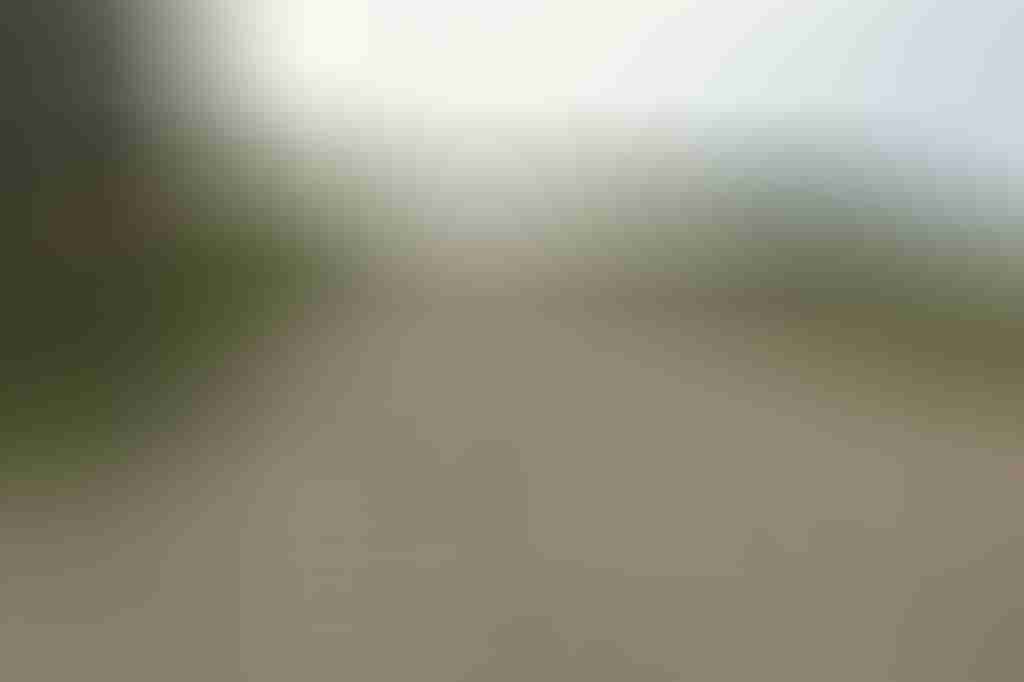 It’s handy for a GM to have a collection of short, flexible encounters suitable for dropping into a game session when there is a need to change up the pacing of party challenges, or color up the world a little.

To start, I’d like to introduce something I call “Road Challenges”—encounters meant to be experienced on those long roads betwixt cities and towns, towns and dungeons, dungeons and haunted monasteries, and so forth. They’re ideal for when you want to add a layer of adventure to the narrative journey between places, change up the rhythm of the overall game, or just give the players something to do should everyone find themselves waiting for other players late to the table. 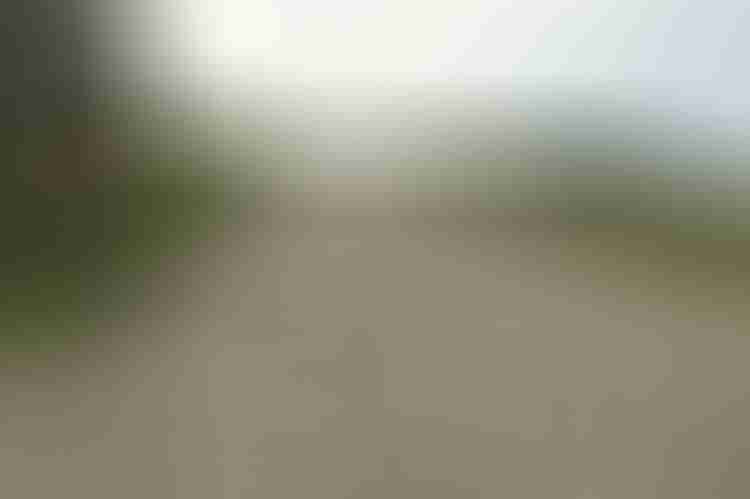 While most game master guides offer some suggestions for outdoor encounters, they’re often just sets of random tables. The spontaneity of rolling random encounters can be fun, but it can also be work. Consider some of these suggested Road Challenges to liven up travel in your game.

(Note: These are presented with fantasy settings in mind. In the future, I may address other game settings such as science fiction and horror.) 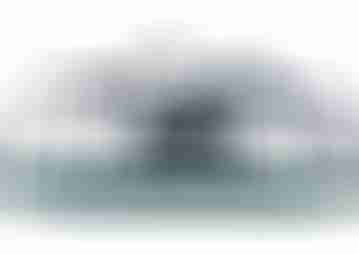 “While traveling down a wooded secondary or country road, the party rounds the bend and sees, about 50 feet ahead, a desiccated corpse lying near the side of the road. In one hand it holds a hammer. In the other hand, the dried husk of a body is holding a signpost with the written side face down.

“It is not unreasonable to assume that whoever it was, it was about to hammer the sign into the ground alongside the road.”

If the party stops to investigate the scene, they will find that then overturned sign reads, “Warning! Giant spiders nesting near.”

Of course, that’s when the giant spiders attack.

You can replace the spiders with whatever you think appropriate. It’s a simple sort of trap easily foiled by paranoid players who are constantly checking the sides of the road for threats. It’s still an amusing scene, even if the party reads the sign after defeating whatever comes onto the road to attack. 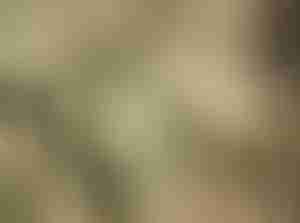 “You’re about two miles away from Blooddagger Castle atop the Stabbing Mountain. In the distance, you can see its tall, malevolent spires piercing the sky as eldritch energy crackles along its obsidian walls. The road ahead stretches out toward the base of the mountain. It appears deserted. For once, no enemy appears to be blocking your pre-ordained meeting with the castle’s master, Lord Horrendor the Awful.

“No sooner do you take another step when the road ripples and the edges curl up and trap (lead player in marching order) in a 10×10 living mass of road-camouflaged creature. A gaping maw rimmed with sharp teeth opens as the creature attempts to draw you to its ravenous mouth.

Go to Google Images and look up the flatfish or the monkfish. Notice how they blend with the ocean floor making it easy to either sneak up on prey or wait for the prey to come to them.

If your party isn’t paranoid enough, or if you just want to slow them down a bit, a homebrew creature along the lines of a land-based flatfish or monkfish might be what you’re looking for. In the past, I’ve retooled the D&D trapper monster and transported it out of the dungeon and onto dirt or mud roads.

This is a particularly sinister trick to pull on players traveling on foot. If riding, it’s a chance to separate players from their mounts. (Note: this doesn’t mean any innocent horses or rideable owlbears need perish. They can just be frightened off.)

This creature can be scaled easily to suit your road or number of preferred victims. 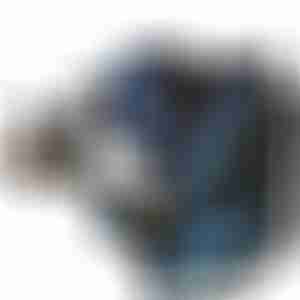 This scenario may seem familiar if you’ve seen Thor: Ragnarok. It’s a classic ploy for a reason.

“It’s a sunny, peaceful morning as your party breaks camp and returns to the road leading to the abandoned temple. You travel a few miles with ease, confident that you’ll arrive in time to witness the traitorous sheriff’s secret meeting with the Conclave of Chaos.

“Suddenly, a pair of terrified peasants stumble through the brush along the side of the road. One appears to be bloodied and near death. The other barely has the strength to support his friend.

“‘Help! Oh, gods! My friend and I were attacked by goblins. Please…help! He’s dying!’ says the less wounded of the two. They collapse onto the road in front of you.”

And it’s at this point that the bandits, goblins, or what-have-you burst from the opposite side of the road to rob or attack the party, of course, the pair who approached the party are part of the ruse and attack as soon as the party turns their backs on them.

It is important not to have a body lying in the middle of the road. That just screams set-up—especially if you already pulled the previous trick with the giant spiders.

Have the pair of decoy peasants emerge suddenly, from out of nowhere. While they have the attention of the party focused on them, even if for a short time, this lets the real threat flank the party or approach from behind.

And hey, if that doesn’t work. Try having one of the disguised bandits bodily throw the other one at the party and see what happens. That’s apparently an option now. 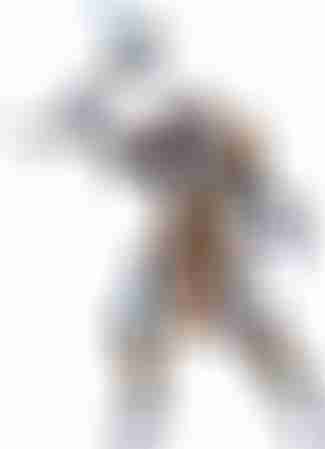 This one is a favorite of mine, but I use it sparingly. On the surface, it seems random or unfair, but if you have a powerful villain or force working to thwart the party, this can be seen as another, if unexpected, tool in their evil bag of tricks.

“Travel down the road toward the ruins of Dundridge is easy. The seldom-used road appears to be, nonetheless, in good condition. The weather is fair, the skies are cle—wait…

“In the sky above the road ahead, you see a giant flaming ball rocketing through the sky. After a moment, you realize it’s heading in your direction. As it blazes closer, you see it’s about to crash into the middle of the road about a hundred feet ahead of you. Brace for impact!”

Here you can decide what kind of effect the impact has. Let everyone roll for some kind of evasion and damage from flying rocks and splintered wood based on how far away from the landing spot they are. It shouldn’t be too serious an amount. The “meteor” isn’t the real threat. It’s more just a very dramatic way of introducing…

“As the smoke and dust clears, you see in the middle of a fifty-foot crater a thirty-foot wide black globe with lightning crackling along its surface. After a few moments, the mysterious black orb shatters into millions of tiny pieces which blow away to reveal an angry Frost Giant. The giant glares at you with glowing red eyes, hefts its mighty war axe, and charges!”

I like to use frost giants. You can use whatever you’d like. The beauty of this is that there doesn’t
have to be any real logic behind the monster choice. This is just the bad guy’s way of flexing some muscle and showing off by literally dropping a challenge in front of the party. And the crater is now a hindrance to wagons or other wheeled conveyance.

I wouldn’t overuse it. Consider it a very boutique sort of villain spell—not something they have a lot of in stock. And I certainly wouldn’t recommend dropping monster meteors like this directly on top of the party. If that’s your plan, you may as well just say “rocks fall, everybody dies” and send everyone home.

Also, note that this isn’t like D&D’s meteor swarm spell or the homebrew meteor strike spell I’ve seen floating around. Save those for the upper-level final boss fights. All “Incoming” is meant for is to liven up an otherwise routine tramp down the road to the villain’s lair. 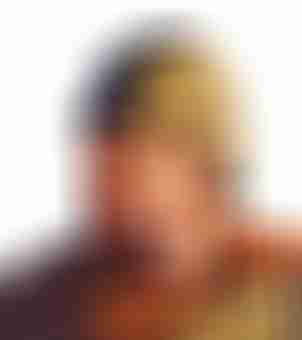 Not every encounter needs to be a fight. Sometimes a road challenge can just be a simple road encounter with a more open-ended set of interactions.

A traveling merchant can help a party restock. They may even have one of those nifty multi-dimensional shelters the party could rent for a good restorative rest.

Major roads are likely patrolled by royal guards or Legionnaires. Is there a known murder hobo in the party? Maybe they should don a disguise.

Woodcutters, hunters, and farmers going to market should pop up now and then. Often they can be a source of rumors, both true and false, to help with your story. A well-traveled road may have a beggar or two. These folks know the value of information and can usually identify adventurers as those who might pay for a confirmed rumor or bit of solid info.

Some games seem to run like the party is the only group of heroes in the area and that their world-saving adventure is the only one going on.

Not even close. At least not in my worlds.

Back in my early days of gaming, it wouldn’t be unheard of for the players to see Fafhrd and the Gray Mouser heading down the road in the opposite direction on some mission of their own.

Or maybe they’d come across a secretive foursome of halflings.

Just for fun, the party once encountered a bunch of knights skipping down the road with squires banging coconuts behind them. It was good for a throwaway chuckle, but something I could bring myself to do only once. It’s way too easy to get carried away with the silly and not all players appreciate it.

When not ripping off pop culture references, you can try having players run into NPCs from past games and campaigns. Maybe they recognize each other. Maybe not. Maybe they even run into older, retired characters. Something to handle with care, but with some potential as well to liven up your world.

Finally, consider having something too big for the party to challenge walk on by. Maybe the sky could darken as a massive dragon flies overhead to who-knows-where-and-why. Maybe a couple of cloud giants are just passing through, strolling through the forest, kicking over trees, and stepping over the road as they go on their merry little way.

Try to make passing encounters like these colorful and interesting, but not too distracting from the main mission.

I hope some of these suggestions prove useful in your game. I’ll be returning to this topic to cover other travel situations, including encounters in various wilderness settings, sea, air, and even outer space.

The journey should be as much fun as the destination.