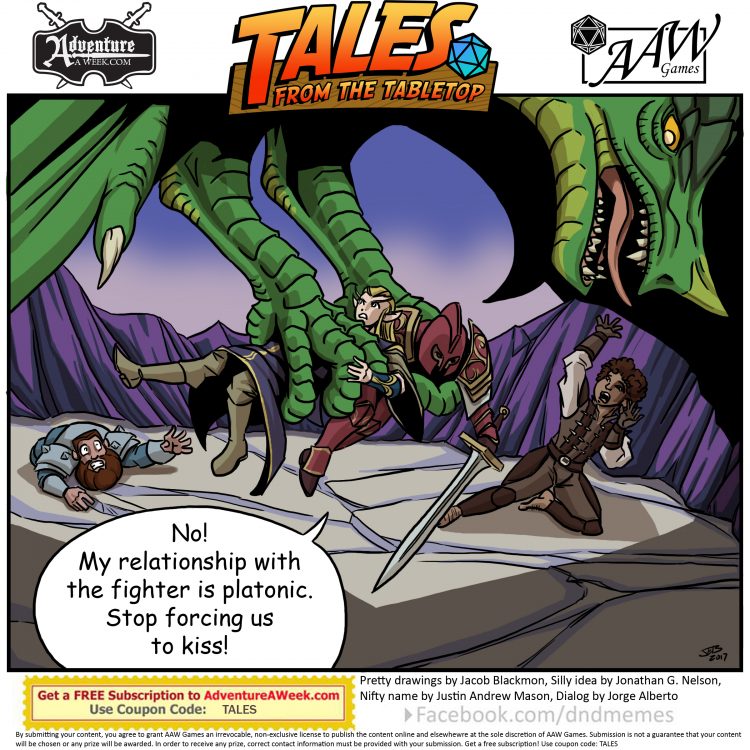 Read other funny caption entries for this comic here!
Or, check out Tales from the Tabletop™ #56 here!

If you're following Dungeons & Dragons Memes (dndmemes) on Facebook you'll see that newly posted TFTT comics have no words! The word balloons are left empty so YOU can post comments writing in what you think should go there. Anything is fair game so long as it's not racist, sexist, or any other "-ist" which we deem archaic, ignorant nonsense.