The Cackling Madness of Umberstone Manor
Mini-Dungeon for 3-4 characters levels 13-15
Lingering in the shadow of Mount Shalefor, Umberstone Manor is the ancestral home of the Valninboom family. The mansion is set high upon Umberstone Hill on the outskirts of the city of White Oak’s Shire. The settlement was founded three centuries past when the progenitor of the Valninbooms, Lord Rimbrall, first incorporated it as a base of operation for the White Oak Trading Company.

What the Dickens?
Mini-Dungeon adventure for 4 characters level 8
In an incredible piece of opportunistic pilfering an exotic noblewoman (a Rakshasa Marais in disguise) was “relieved” of a valuable necklace (a Rakshasa Raktavarna in disguise) by a young pickpocket called Dodger. When the authorities told the noble “lady” and her “brother”(also a disguised Rakshasa though in this case one of the so called “Common” types) that they would not be able to recover their stolen necklace the two Rakshasas decided to take matters into their own hands by adopting new disguises and then using them to set up a mini Thieves’ Guild in the sewers, one that specializes in helping young pick-pockets with their career aspirations.

The World Forge
Mini-Dungeon adventure for 4 characters level 11
A powerful planar entity has drafted the characters to test out alternate versions of cosmology, hoping mortal creativity might accomplish what immortal acumen could not. To succeed in their task the characters must use this engine of creation to generate a miniature world, then defend that world from a miniature apocalypse.

I’ll Plague Both Your Houses
Mini-Dungeon adventure for 4-6 characters levels 9-10
The Underworld houses strange and unpleasant communities, and the ruins of two temple complexes are a perfect example of religious hubris coming before a fall. Two traditions devoted to bloody sacrifi ce and unwilling death – one lawful, one chaotic – found this remote cavern an ideal place to practice their beliefs AND constant, petty one-upmanship, far from interfering good-doers. But a malignantly wicked elf, devoid of distraction from his evil intent, played the followers against each other until all were slaughtered. However, he didn’t reckon on some senior members becoming powerful undead intent on wiping him and each other out. He’s now stuck in a “neutral zone”. The characters walk into this three-way standoff. This encounter is a stiff challenge for the suggested levels. The party will need to set individuals against others to succeed.

The Blight
Mini-Dungeon adventure for 4 characters level 3
For nearly a thousand years this mighty oak stood as monarch of the forest, with its dryad as proud steward. When a self-absorbed druid sought a new home, however, both dryad and tree became ill. This once-comfortable treetop dwelling now lies at the heart of a rotting forest. For even the greatest trees can die, going slowly bad from within. 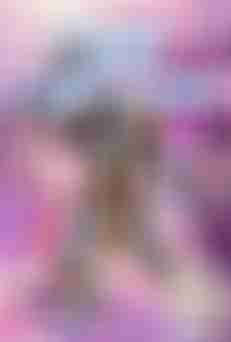