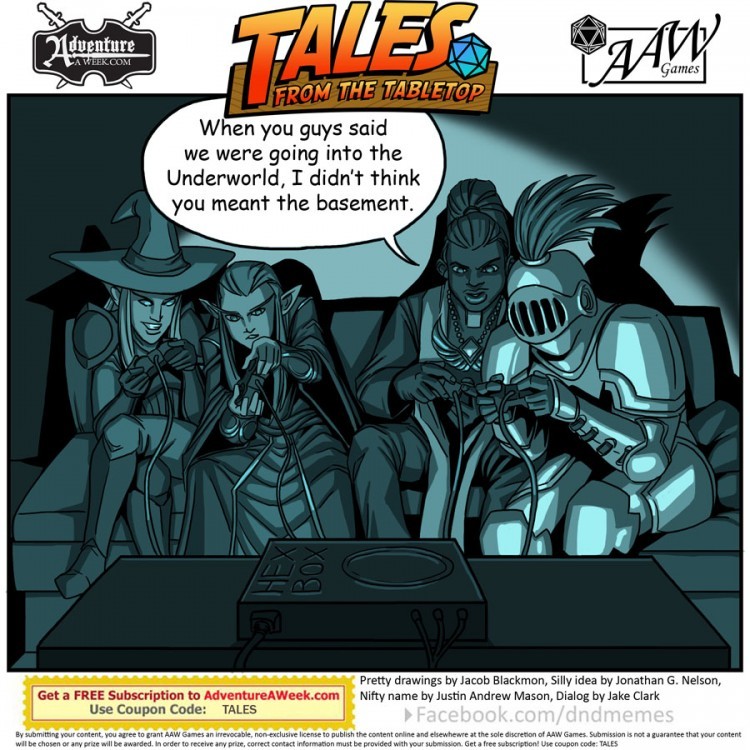 Tales from the Tabletop #39 - Caption: "When you guys said we were going into the Underworld, I didn't think you meant the basement." ~ Jake Clark

Read other funny caption entries for this comic here!
Or, check out Tales from the Tabletop™ #40 here!