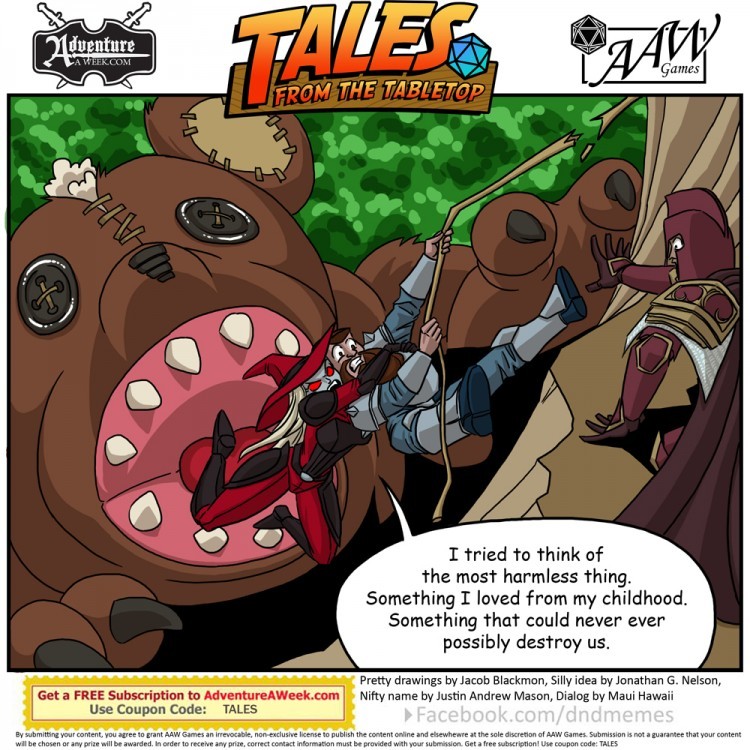 Read other funny caption entries for this comic here!
Or, check out Tales from the Tabletop™ #39 here!