B09: Curse of the Full Moon (Realm Works)

Realm Works
Rated 5.00 out of 5 based on 1 customer rating
(1 customer review)

“Have you ever been jostled awake by the shrill howl of a terrible beast?  Felt the hairs on the back of your neck rise up, and goosebumps wash over your body like death’s cold caress?  I have.  For the past two weeks, every single night, a big wolf-like beast, covered in thick fur has invaded our normally quaint village, disturbing the peace.  Right about the time this thing started appearing folks began reporting odd events in town.  The dead are rising from their graves to torment the living.  Many townsfolk have begun to pack to leave town. We just can’t live here anymore, it’s unholy and unsafe.”

“If you feel like helping out, the folk here in Rooknest sure would appreciate it.  You can see the mayor ‘bought the job and the pay.  Good luck, you’ll need it.”

A terrifying taste of what you’ll get in “Curse of the Full Moon”:

1 review for B09: Curse of the Full Moon (Realm Works) 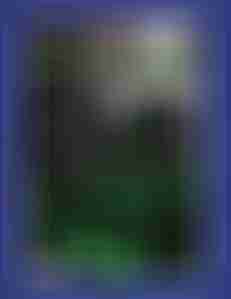