NOTE: These Mini-Dungeons are already included in the Mini-Dungeon Tome. Difference? These have been recoded and include LOS (line of sight).

Feischkammer
Mini-Dungeon for four characters of level 7
When bodies go missing from the local morgue and visiting strangers are whisked away from dark city streets, the heroes are called upon to investigate.

The Dreamer’s Shrine
Mini-Dungeon for four characters of level 2
This shrine is hidden away in a dark corner of the world, underneath a major seat of learning in or near a large city. A former burial chamber, the sanctity of this place has been ravaged by a fledgling cult and their vile leader, who have been growing in strength over the past six months.

Thelamos
Mini-Dungeon for four characters of level 4
This dark, stinking dungeon is located deep in the earth, buried underneath a major city or town and accessed by the sewer system. Once the hideout of a long-forgotten band of thieves that operated in the city long ago, these chambers have since been discovered and taken over by a group known as The Sons of Arratoi. They have undertaken several daring attacks and raids in and around the city, achieving a degree of notoriety but none have yet traced them back to their lair.

The Ascent of Tempest Tower
Mini-Dungeon adventure for three to four characters of level 20
Tempest Tower is a spire that reaches skyward from an expanse of open plains. The stone monument rises nearly 100-feet above mostly featureless terrain. At its apex swirls a maelstrom of storm clouds that extend half-a-mile from the center. The landscape directly below is speckled with small craters and charred vegetation from frequent lightning strikes. The sound of rolling thunder is near constant and can be heard for miles in every direction.
The tower was constructed eons past to bind a powerful monstrosity that once roamed these lands, consuming the greenery and the earth in which it was rooted.

Peril at Lamiak’s Bridge
Mini-Dungeon adventure for three to five characters of levels 4-5
Leuna and Ederra, a pair of lamiak twin sisters built a bridge over the rushing waters of Amorrura River. The stone bridge provides safe access across the river for the villagers of the nearby settlement of Urakurba into the hunting grounds of the nearby forest. In return for this gift, the villagers leave offerings to the sisters each night. 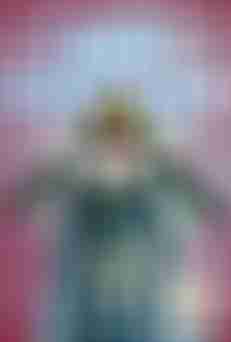