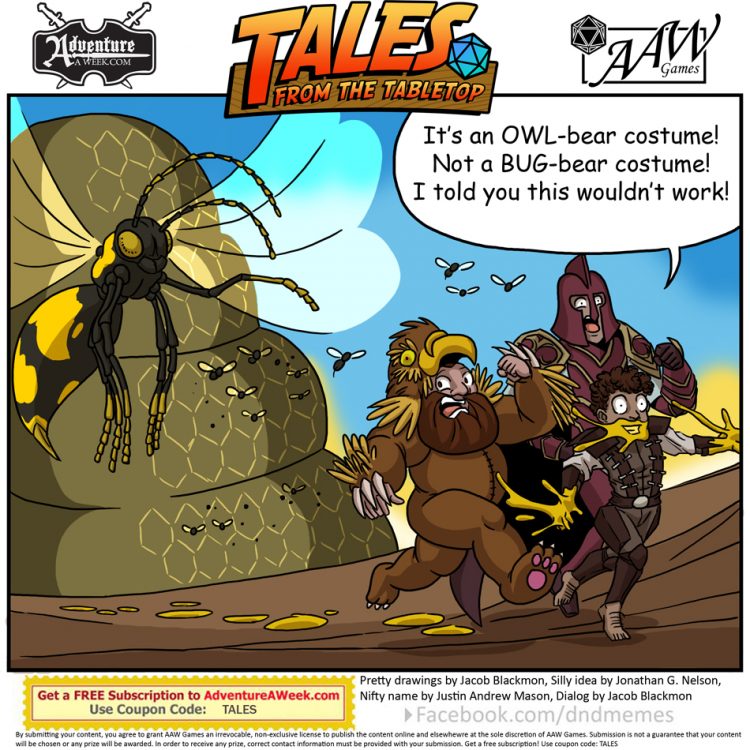 Tales from the Tabletop #45 - Caption: "It's an OWL-bear costume! Not a BUG-bear costume! I told you this wouldn't work!" -- Jacob Blackmon

Read other funny caption entries for this comic here!
Or, check out Tales from the Tabletop™ #46 here!