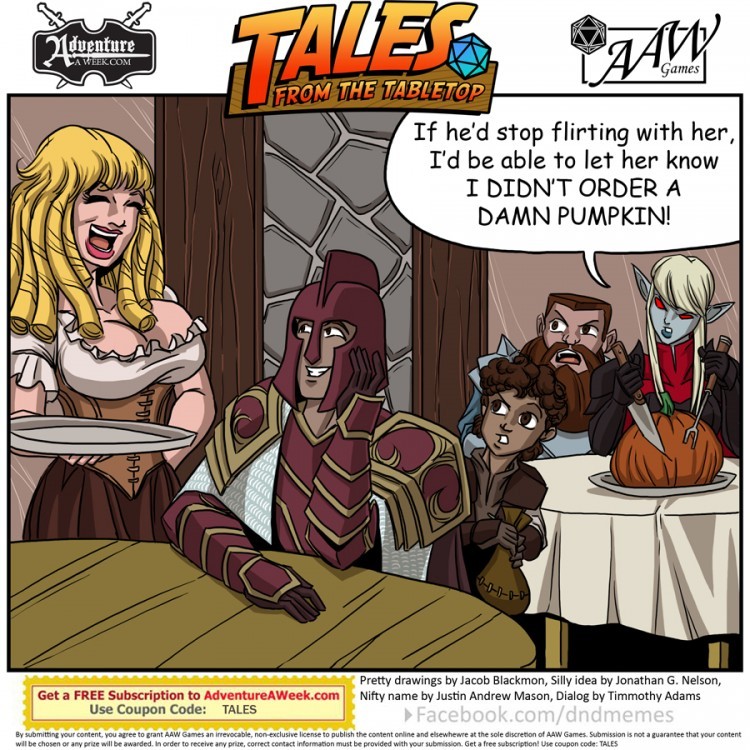 Tales from the Tabletop #41 - Caption: "If he'd stop flirting with her, I'd be able to let her know i DIDN'T ORDER A DAMN PUMPKIN!" -- Timmothy Adams

Read other funny caption entries for this comic here!
Or, check out Tales from the Tabletop™ #42 here!