The PCs’ arrival at a small, well-established mining site, after a request to clear some “mutated goblins”, reveals an unexpected, disturbing sight. The mine’s main premises, a 40-ft. square stone building positioned over a 10-ft.-by-10-ft. shaft, is gone, save for dozens of pieces of rubble, a 30-ft. wide hole, and inky-black depths. 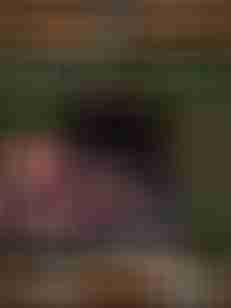