Lingering in the shadow of Mount Shalefor, Umberstone Manor is the ancestral home of the Valninboom family. The mansion is set high upon Umberstone Hill on the outskirts of the city of White Oak’s Shire. The settlement was founded three centuries past when the progenitor of the Valninbooms, Lord Rimbrall, first incorporated it as a base of operation for the White Oak Trading Company.

Renowned dealers of antiquities, the Valninbooms’ trade empire amassed great wealth as masters to the River Wyde. Over the centuries the simple trade outpost grew in population and eventually bore its own thriving economy. Today the city is a bustling trade port. The generations of Valninbooms grew in wealth and power, but they also became reclusive. The Valninbooms focus on company business, and rarely make public appearances.

As the outpost expanded, those who held administrative positions in the trading company soon inherited governing responsibilities for the city. These positions of power in White Oak’s Shire are passed down through generations forming several influential houses within the community. No one interacts directly with the Valninbooms save for the council of governors who each head one of the five houses of White Oak.

1 review for 5E Mini-Dungeon #061: The Cackling Madness of Umberstone Manor 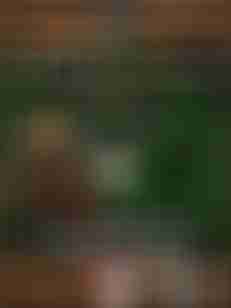