NOTE: These Mini-Dungeons are already included in the Mini-Dungeon Tome. Difference? These have been recoded and include LOS (line of sight).

The Siren’s Lament
Mini-Dungeon for 4-5 characters level 4
Sirens rarely find true love, but the one haunting this watery memorial managed the trick. Unfortunately, her father, a powerful spirit called the Sea King, disapproved of the match. He conjured a storm to sink her lover’s ship, not realizing the depths of his daughter’s attachment. The siren’s suicide drove the Sea King build these winding passages in a fit of remorse. They are a monument to the love that he destroyed, and a home for his daughter’s anguished spirit.

Last Stand of the Forgotten Pirate
Mini-Dungeon for 4 characters levels 3-5
After losing his ship, his crew, and his leg to a sea monster, the pirate Gnarltooth retired to a much more peaceful profession: fishing. Yet even after two decades spent mostly ashore Gnarltooth never quite forgot about the creature that scuttled him, nor did it forget him. The pair clashing repeatedly over the years until Gnarltooth decided to end things one way or another. He hired a druid to call and bind “The Beast” here until one of them finally bested the other for good.

The Palace of Ahmad Sahir
Mini-Dungeon for 4 characters level 6
Ahmad Sahir was a wizard of great renown, known for his devotion to Matan, Nar, and Shem, the three goddesses of divination and oases. After rescuing the goddesses from an unscrupulous sultan who bound them with foul magic, Sahir was gifted with a desert oasis. He commissioned a small palace to be built and devoted his life to the goddesses. Seeking revenge, the sultan cursed Sahir and when the wizard succumbed to madness, the goddesses withdrew from him.

With a Candlestick
Mini-Dungeon for 4 characters levels 3-5
Lord and Lady Scarlet are wealthy and generally well liked – for nobility. Their social talents have led to them hosting a national embassy on their estate, which now see a constant exchange of visiting nobility of all stripes. As one of the most well-connected people in politics, Lord Scarlet is a perfect person to ask for a favor that requires political clout: which is why the PCs are paying him a visit. Yet they arrive at an unfortunate time. Mere minutes ago, Lord Scarlet was found dead in the library of his own embassy, in the middle of hosting a small group of business partners to discuss an upcoming venture.

The Unquenched Thirst
Mini-Dungeon for 4-5 characters levels 3
The tiny isle of Sandspit is a favorite place to maroon recalcitrant shipmates, for across the bay, the headland falls are visible to castaways. Wicked currents prevent escape from Sandspit, and the unfortunates discarded there slowly die of thirst in sight of the lifegiving waters. One such piece of tortured flotsam was Captain Staid Merrik, who rose as a wight and walked under the currents to reach the cup of life long denied. The foul magic of undeath clinging to Merrik ripped the sustenance out of the waters at the base of the falls. 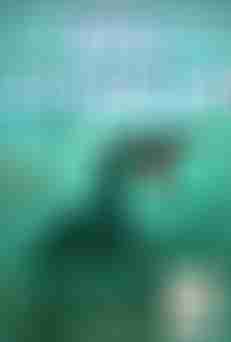