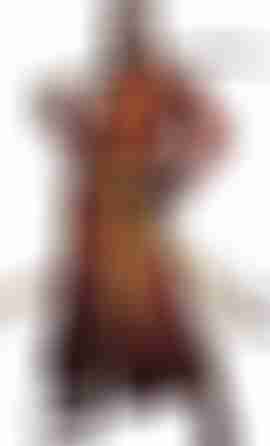 Fin Starling owns the Thirsty Serpent Tavern and has done so ever since his father passed away last winter.

A semi-retired adventurer in his late twenties, Fin spent much of his youth traveling the world and getting in (and out of) tight spots. A swashbuckler and “Jack of all trades, master of none”, Fin sometimes made his living in illegitimate ways. He has visited almost every single city, town, and village along the coast of the Klavek Homeland and has even traveled to a few remote islands. He loves to tell tales of his journeys but never speaks of his travels outside the Klavek Kingdom; Fin fears reprisal from the monarchy for “unauthorized & undocumented entry into enemy territory” as well as the crime of “fraternizing with the enemy” as a possible alternative charge.

Fin is a real ladies man and enjoys flirting and teasing women all the way to the bedroom. Despite this fact, he prefers to stay single. In the past when a woman would get too close, he would pick up and leave town in the blink of an eye. Only time will tell how Fin will handle such an affair when his commitment to the family tavern keeps him grounded in Rybalka.

Thus far Fin has turned down all advances by Claudette Vanderbilt. This thoroughly confuses her given her special nature for attracting men. Luckily for Fin he wears a magical ring which protects him from Claudette’s powers. He found the ring in a treasure horde a few years ago but is oblivious to both the nature of the ring and Claudette’s evil powers.

Since taking over the Thirsty Serpent Tavern from his deceased father, Fin has grown bored and does his best to please patrons while putting on a show to keep himself entertained. He longs to go adventuring again and has thought about selling the tavern; he is prevented from doing so by a promise made to his dying father. Before his father passed away, Fin pledged that he would keep the family business alive. Fin craves his freedom more than anything else and meanwhile gathers any tales of treasure or adventure he can get his hands on.