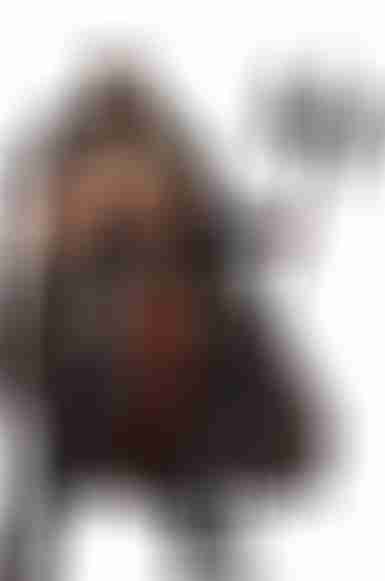 Cual Beartooth is the only living man to have taken up residence in the horrific Dark Wood and survived. His path was not an easy one, and Cual has the physical, mental, and emotional scars to prove it.

Although he rarely speaks of it, Cual originally hails from the Klavek Homeland. Rybalkans know very little about Cual’s past and he prefers it that way. He migrated to this area long before the Klavekians ousted Rybalka from the Vikmordere, and is an old timer to the Vikmordere Valley. The Vikmordere granted him passage after he bested their strongest warriors in challenges of strength and courage and outsmarted the wisest and most knowledgeable of their shamans.

After just one week upon arriving in the region, Cual gathered supplies and set up camp in the Dark Wood. On the first night, he was attacked by a horde of vicious monsters and was nearly slain. He would have died were it not for an onslaught of undead headless druidic sorcerers that arrived in order to battle the monsters and subsequently give chase.

After the monsters and their undead pursuers fled his camp, he heard more creatures closing in on his location. As he began to bleed to death, Cual crawled across the forest floor looking for shelter.

He finally found a small cave which turned out to be the den of a great bear. The massive bear awoke and grabbed Cual’s body in its great maw. Cual beat at the bear’s mouth and struggled to break free. After an intense struggle, Cual loosened a tooth of the bear and ripped it clean from the jaw of the great beast. Using the tooth as a dagger Cual stabbed again and again at the bear’s face, doing anything he could to stop the maw from crushing his already mangled body. After a horrific struggle, Cual was finally able to plunge the dagger deep enough into an eye socket and wedge it into the beast’s brain. The great bear dropped his limp body and they collapsed together in death, but Cual would not die.

He awoke the next morning, miraculously still alive and barely clinging to his mortal life. Cual used every ounce of strength within his being and body to lift his head and crawl out of the cave. He managed to find a small stream where he drank but feared the water would leak through the dozens of puncture holes covering his body.

Amazingly, the water was enough for Cual to gather his strength and return to camp. It was there that he found the body of a slain devil. The devil wore magical gear and armor which Cual plundered. Cual found a small vial containing a sweet smelling water. Since he wouldn’t live long in his current state Cual took a chance and downed content of the vial. Miraculously the magical water closed most of his wounds and brought strength and vigor back to his limbs. He quickly grabbed the rest of the devil’s gear including a huge double-bladed axe which felt as light as a feather.

There were many other restless nights but with the help of the devil’s magical gear and Featheraxe (as Cual named his double-bladed beauty), he survived and in a way prospered in a forbidden land where no other man dared tread.

Cual’s cabin is a refuge for Klavekian and Vikmordere alike and a place where both are welcome but neither enemies. Fear of being thrown out into the Dark Wood where monster, undead, and devil all thirst for man blood will make even mortal enemies tolerate one another, at least for tonight.