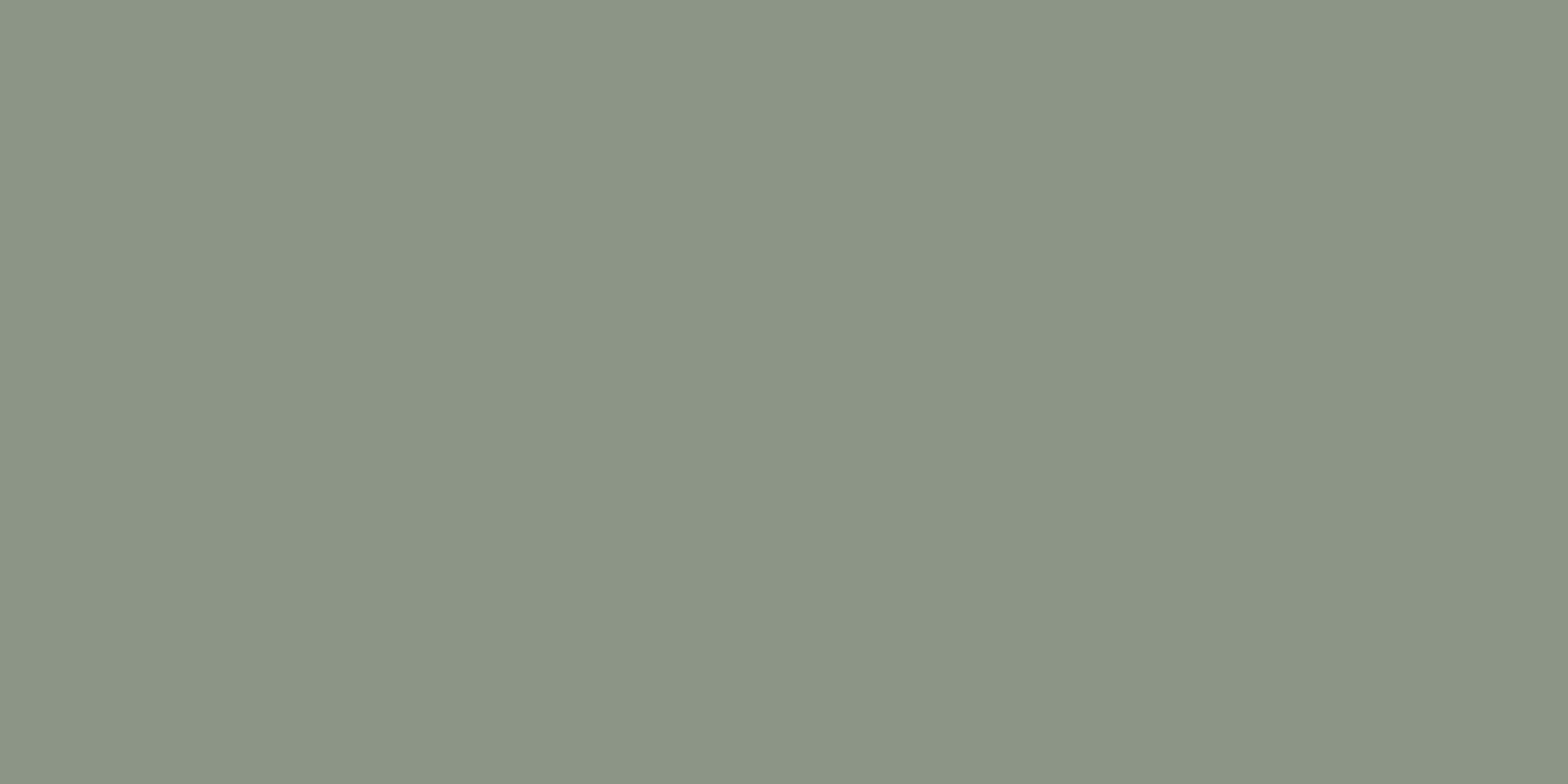 When the long war for control of Rybalka was at last won, most of the might of the Klavek military returned home, there to wait and train for the next campaign. When the King put out a call for settlers to the new frontier, many of those same soldiers answered, returning to face the untamed wilderness in the name of the empire. Discharged from their military duty, these soldiers would soon form the Black Bear Company, a mercenary outfit with a storied reputation.

During their victorious trek home from Rybalka, the soldiers who would one day form the Black Bear Co. stopped in every lakeside village and town. They docked peacefully enough, seeking only shelter for an evening and to perhaps restock supplies for their journey. But before sunrise, the Bears had annoyed, angered, insulted, and bloodied the noses of every Vikmordere who crossed their collective path. Amongst the Vikmordere this is known as, “Sailing close to the wind,” or to stir up trouble and leave before the consequences catch up to you. It has been a generation since those days, but there are those who say that the Vikmordere haven’t sought to retake Rybalka because the Black Bear Company is more like the wind than the sail.

The Black Bear Company is the foremost mercenary troupe employed by the West Fold Lumber Company. But the West Fold Co. is not the only Klavek outfit the Black Bear Co. works with. One can find Black Bear mercenaries looking for work in the region of the Three Sisters or dealing with goblins or ogres on behalf of the miner’s guild, or rabble rousing in Rybalka.

Ask any Black Bear how many are in their company, you’ll get a dozen different answers. Only their leader Rial knows for sure, but many a Black Bear will claim there are Black Bear troupes all over the Vikmordere Valley, just waiting for a Captain. Rial herself is tightlipped about it; she’s quick to remind anyone who asks that she’s the only leader they need to worry about.

A new group of adventurers in Rybalka earns the attention of The Black Bear Company after just one successful adventure in the region. While they are going about their daily activities in Rybalka, a character who succeeds on a DC 12 Wisdom (Perception) check notices a grizzled Black Bear Co. veteran whose gaze lingers a bit too long, or who sneers openly at the party. After a few days of subtle disdain, The Black Bear Co. openly displays contempt for the adventurers, a clear signal of trouble brewing for anyone who takes note.

As the rivalry escalates, members of the Black Bear Co. routinely show up just as the adventurers clear out a dungeon or overcome a challenge, under the guise of protecting Rybalka’s interests. If the opportunity presents itself, the Bears may attempt to take credit for the heroes’ good deeds, or otherwise discourage the pesky adventurers from returning to Rybalka.

The defacto leader of the Black Bear Co. inherited her position from her father, Erial. The Black Bears’ reputation was forged in battle and adventure by Erial and his compatriots, most of whom are gone now. Rial sees it as her duty to build upon what her father created, and so far she’s been successful. Her outfit is damn near exclusive in handling security for the West Fold Lumber Co. Her men are known in villages all over Serpent Lake as tough, mean, and reliable mercenaries. She’s even been making in-roads into the Miner’s Guild, the most lucrative company operating in the region.

But Rial knows that when the King finally rids himself of the politicians who sue for peace, his attention will once again turn to the Vikmordere Valley, and his shining jewel there: Rybalka. She intends to have replaced Mayor Leonid by then. With the entire peninsula under her control, the whole valley will be hers in time. But the true threat to her plans isn’t the mayor or his never-ending supply of adventurers, but that damn sage, Yuri. Rial knows he’s some sort of informant for the King’s court, perhaps the King himself. Before she can make her move on the mayor, Yuri will have to be delt with.

Aside from her closest allies—Raven and Ieart—dozens of Black Bear mercenaries owe fealty to Rial. And beyond the ruffians who wear the badge, there are those in every settlement where the Bears are known who consider the mercenary outfit the true hand of the Klavek Kingdom.

Coordinated Strike. The sergeant takes the Help action to aid an ally in attacking a target that can be up to 30 feet away from her; if successful, the attack deals an additional 2d6 damage of the same type as the weapon used to make the attack.

Centurian Command (Recharge 6). When an ally within 30 feet of the sergeant makes an attack roll or saving throw, the sergeant can utter a command or warning to grant the ally advantage on the roll.

Ieart already had the nickname “Old Bear” when the Klavek Kingdom finally wrested control of Rybalka away from the Vikmordere more than thirty years ago. Though he is not the last surviving veteran of that campaign, he is amongst the most well-known for having been the right hand of Erial Egorov, the first Captain of the Black Bears. He has a fierce reputation and a demeanor to match. He speaks rarely, but is far from stoic, instead offering grunts and growls to express his precarious temper. He speaks in confidence only to Rial—his goddaughter—and serves her as he did her father.

Centurian Retaliation (Recharge 6). When an ally within 30 feet is reduced to 0 hit points, the veteran can use his reaction to Dash to the target that put down his ally and make a melee attack. If the attack is successful, the target takes an additional 2d6 damage of the same type as the weapon used to make the attack.

Raven is one of the few Black Bears who wasn’t born in the Klavek Kingdom. She is far older than any of her compatriots, even Ieart, though that is a close-kept secret. As with many of elven blood, she hides her heritage to forestall the suspicions and simple ignorance of the humans she lives amongst. Both Klaveks and Vikmordere see her only as an outsider, a wild forest child with a pet bear. Indeed, many of the Black Bear Co. have a similar tale, having found their way into the mercenary company as refugees and orphans in the wake of war. If Rial, Ieart, or any of the other Black Bears have any notion that she is a half-elf, they’ve decided to keep it to themselves.

Command Beast. Each bruin has a pet, usually a black bear, that they train to fight alongside. The bruin can command the beast to take the Attack, Dash, Disengage, Dodge, or Help actions. The beast follows the bruin’s commands as best it can, acting on the bruin’s initiative. It continues performing any previous commands until commanded otherwise, and never requires a command to defend itself or use a reaction.

Beast Trainer. As a bonus action the bruin can command her pet to take the Dash, Disengage, Dodge, or Help action if she did not already command the beast this turn.

Survival Instinct. When the bear is reduced to less than 10 hit points, it must use its reaction to roll a Wisdom saving throw (DC 15). If successful, the bear’s training overcomes its survival instinct, and it remains in the fight. On a failure, the bear immediately takes the Disengage action to flee. On subsequent rounds it will continue to obey its bruin master, but with any command that puts the bear in harm’s way, the bruin must succeed on a DC 12 Charisma (Animal Handling) check, otherwise the bear ignores the command.

Centurian Tactics. The grunt has advantage on an attack roll against a creature if at least one of the grunt’s allies is within 5 feet of the creature and the ally isn’t incapacitated.

Keen Hearing and Sight. The scout has advantage on Wisdom (Perception) checks that rely on hearing or sight.

Cunning. A scout can use a bonus action to Dash, Disengage, or Hide.

The Black Bear Company is the primary antagonist of A06 Bear Trouble, and just one of the factions vying for control of Rybalka. Stay tuned to Aventyr Adventures as we continue to update and develop the Aventyr setting! Join us on our Discord server and let us know what you love about Aventyr!