Mini-Dungeon #062: What the Dickens

A Mini-Dungeon adventure for 4 Level 8 PCs

When the authorities told the noble “lady” and her “brother”(also a disguised Rakshasa though in this case one of the so called “Common” types) that they would not be able to recover their stolen necklace the two Rakshasas decided to take matters into their own hands by adopting new disguises and then using them to set up a mini Thieves’ Guild in the sewers, one that specialises in helping young pick-pockets with their career aspirations.

The female Rakshasa, the Marais, now disguising herself as “Nancy”, acts like a bawdy cockney gal who enjoys a good drink and a sing-song while she gathers young strays around her with a kind word and a meat pie (since most of them are starving). When she fi nds likely pick-pockets she sends them down for mentoring and protection to her brother “Fagin” who, being the “Common” Rakshasa now disguised as an elderly twisted rogue, looks after his “little wascals” until space in the hideout gets a bit tight and he is forced to send one off for “special training”.

It’s all a bit below the Rakshasas dignity and the Raktavarna would laugh its head off if it ever found out what was happening but in the end it’s the best that they could come up with and when all is said and done they are gradually working their way through the city’s young pick-pocket population. In the meantime the Raktavarna, realising its precarious position, has chosen not to reveal itself to Dodger while it waits for a possible rescue, using instead its Suggestion and Charm Person spells on him while he sleeps in order to prevent itself from being fenced.

1 review for Mini-Dungeon #062: What the Dickens 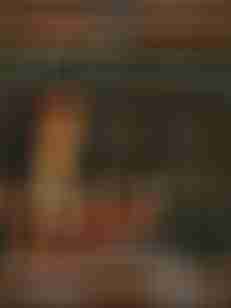