“Order! Order! Court in session. All rise for the judges!” When the Law speaks, everyone listens closely in Mohkba.

As you become more well-known, you often find that you are called upon to help out in strange situations. And the case of Kosto Hakija versus House Loihtia is definitely strange.The mage Hakija’s Protection Golem definitely injured the young daughter of Arvoitus Loihtia as she waved her parasol, but after careful research, Hakija is saying it was self defense. Now he has a chance to prove his case under the grounds of “sufficient suspicion” and the PCs find themselves involved in an assault on a heavily-guarded merchant family’s mansion.

But there is magic involved, and lots of it. Hakija is a vastly experienced wizard with a love of golems, Arvoitus Loihtia a sorcerer of outstanding beauty and unfathomable methods; both have reputations for being staggeringly effective in their use of arcane power. The PCs have the opportunity to act as supporters of one side or the other – and the players can choose – and face the force of their opponents. One thing, a small matter really; no-one is allowed to kill anyone else, or you’ll find yourself in service at the front lines of Klavek’s war against the Vikmordere.

“The Rule of Law” is a complex series of encounters to discover evidence and clear Kosto Hakija’s name, -OR- prevent that same evidence being found within a government-sanctioned timescale.

The players must either face gruesome traps, powerful and experienced creatures, and devious puzzles -OR- can place the same things out of harm’s way but in plain sight!

Which will they choose, or will they split themselves and play both sides?

An adventure for 4-5 characters of levels 14-16 featuring enhanced creatures, trap combinations, new spells and magic items, and carefully structured solutions which encourage players to use the whole adventure, whether they support Hakija or House Loihtia.

Want a discount? Become a member by purchasing Adventurer Subscription!
Category: Pathfinder Tags: adventure where you get to play as attackers or defenders, Rule of Law

1 review for Rule of Law 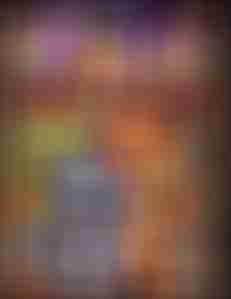