A Pathfinder Mini-Dungeon for ANY characters of ANY level

Despite the wonder of their own ability, many who work with magic can’t help but make items to display their prowess.

Buyers fuel this by prizing gaudy novelties (“newborn gawds”), such that anything with the longed-for glamer of magical energy (even if superficial) makes constructs big business for crafters.

For years, Ars Mechanica was the highest-regarded school for learning how to craft constructs. Not for its tutors the banality of plain or simply functional golems or clockwork creatures. They strove to make their creations works of art to rival any sculpture or painting. This they did, but they eventually priced themselves out of the already-limited market. Its patrons dried up, and Ars Mechanica closed.

The school is now a museum-cum-testing ground of sorts. Its previous success was in no small part due to the clockwork servants and robot gearsmen that patrolled the place, maintaining and repairing the assorted constructs kept there, even when they were damaged enough to be disabled. The tireless workers still keep these podium-mounted “demonstration models” in excellent condition, which in turn protect the site from looters. Anyone trying to steal something from a podium faces the wrath of every construct within the building. The repairers simply restore damaged construct to new.

Be the first to review “Mini-Dungeon #110: New Born Gawds” 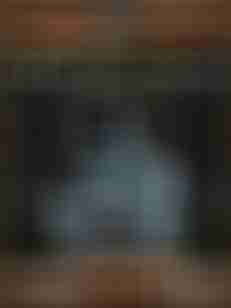