This ancient subterranean structure is held aloft by crumbling pillars—each carved in the likeness of a bearded robed human whose sapphire eyes shine with eldritch power, illuminating the place in an eerie azure radiance.

Each pillar shows this potentate in various epic postures, glorified in great acts. In one, a lich-king trembles at the robed hero’s feet; in another, he clasps a beauteous fey princess to him while she swoons. The subject of the carved pillars is Thadrulex, once an aspiring archmage, now long dead, his legacy shriveled by a jinx placed on him by the fetching fey lady appearing in his arms in one of the carvings.

When Thadrulex kidnapped Queen Nisrel in order to steal her powers over nature, she leveled the primordial curse upon him: his enchantments would wane, his creations crumble, and his powers fade as his disciples dwindled.

Be the first to review “Mini-Dungeon #099: Arcane Academi of Thadrulex” 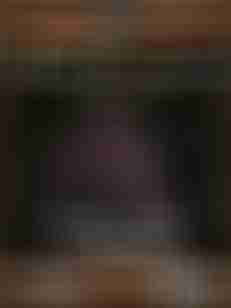 You're viewing: Mini-Dungeon #099: Arcane Academi of Thadrulex $1.99
Add to cart