Over a millennium ago, a powerful aristocratic vampire named Lauron held sway over much of the land. His people both loved and feared him, for he made the country strong and prosperous through forging pacts with neighboring lands whilst declaring war and conquering others, thus ensuring both the acquisition and control of natural resources and subsequent wealth. As the centuries rolled by, bordering kingdoms banded together to take back those lands and resources and thus Lauron’s empire began to fall. Embittered, he withdrew into his secluded retreat, a crypt hidden in an ancient hillside near a great stone monolith, and sulked for centuries, emerging only to slake his appetite for the blood of mortals. Now recent rumors have described undead wandering the roads and gathering at the monolith every full moon. Soon after the rumors surfaced, travelers began to go missing. Guards sent to investigate did not return, alas. So, the local village reaches out to the PCs for help.

Be the first to review “Mini-Dungeon #092: Lauron’s Tomb” 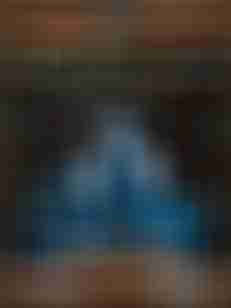