Mini-Dungeon #081: An Empire Given


Exploring a cataclysm-ravaged Underworld city, the PCs find a hallway holding two statues. Walking in, the sculptures’ eyes follow them. Angel-shaped lamps flank the doorway, with stairs going north. Touring these museum-like rooms, the PCs find other effigies and carvings (Knowledge checks help prepare them for the second trip through the complex). Each hall is a planar space – Limbo, Abaddon, the Abyss, etc.- which the party must tour at least twice. Besting the planes’ residents while sacrificing at least one item each turns the halls into a single pocket realm (PCs’ choice of plane, details below). North-to-south or west-to-east stairs go down; south-to-north or east-to-west go up.

Be the first to review “Mini-Dungeon #081: An Empire Given” Cancel reply 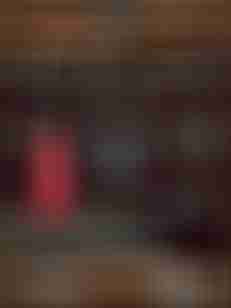