Mini-Dungeon #075: The Garden of Death

Murder and mystery await the PCs in the underground Nalineum of Jacint Nali (investigator wizard). Jacint, a retired adventurer, discovered the spring and used his wealth to build the oasis for the aristocracy.

The PCs have been invited to the Nalineum by Lord Fen Drustan, a merchant lord whose caravans have recently suffered numerous attacks. He suspects the involvement of one of his rivals, Merchant Lord Flor Ecarist (successful merchant) or Lord Devan Sevant (heir apparent). He has asked the PCs to subtly query both men. He wants information, not confrontation or violence. Either suspect could be responsible for the attacks, and rumors are plenty. Merchant Lord Ecarist is an unscrupulous businessman. He is sly, but he indulges too heavily in his vices. Any woe Lord Drustan suffers works to his advantage. Lord Sevant is an elitist who sees the merchant lords as upstart commoners who should learn their proper place.

Be the first to review “Mini-Dungeon #075: The Garden of Death” 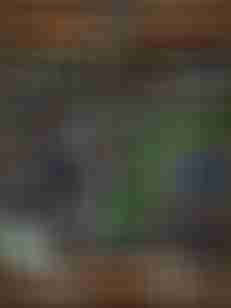