Magic weaves its way through everyone’s life, whether they realize it or not. Its energy flows all around them, from the simplest cantrip or orison all the way to the mightiest spells that shake worlds. But the one thing that seems stronger than magic itself is the disagreement between those that wield as to whether divine or arcane energies hold sway; this argument has continued since the birth of the gods!

So when two friends, both successfully powerful beyond the dreams of most mortals, decide to spend a few centuries answering this very question, something very special has to be at work. And the testing gauntlets set up by Olemus Multa and Maaginen Jekku are indeed special; ingenuity, cunning, bravery and sharp wits are all required to find a way through these mind-bending passageways, with encounters designed to establish just who does hold the upper hand.

Of course, doing these two spellcasters such a big favor leads to great rewards, so long as the place isn’t broken into pieces during events. A party will find that the rewards reflect the PCs’ level of achievement, as well as turning up after the failure of others. And whilst deaths do occur, the two spellcasters are far more interested in seeing if their use of magical energy gives them a slight upper hand in the endless philosophical debate than they are in having to deal with bodies; resurrections are happily given as part of the deal. Eventually, at the end of each gauntlet, the players will find that the rewards are worth the risk; the two will offer something to each member of a party that is commensurate with their current experience and ability, and is “just what the caster ordered”.

So if you can find these mystery settings, rumored to be on a plane following a path through the universe, hop on board and try your luck. Really, what have you got to lose! 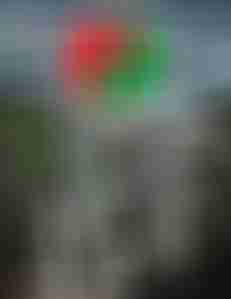