A ranger’s station in life is irrelevant to those serving only the wilderness, be they former criminals, or hermits wishing to find peace and solitude in the bosom of mother nature. For ages, the rangers have served in the wilderness, sometimes banding together, but remaining mostly autonomous.

There was a time when fiercely independent rangers swore to fight as one. With the druids of the wildlands, they pushed back those callously clearcutting great swaths of forested land for temporary material gain, those in service of the heartless expansion of so-called civilization. The rangers’ mission to halt the relentless sprawl of the ever-voracious cities was a dream, but alas, proved to be just that – a dream, and in time, the alliance fell apart.

After decades in seclusion, Ishmael, the aging and dying leader of the rangers, calls one last time upon his erstwhile allies, to gather and defend the forests, issuing a rallying cry for the last battle of nature vs. civilization in this part of the world.

Be the first to review “5E Mini-Dungeon #124: A Ranger’s Station” Cancel reply 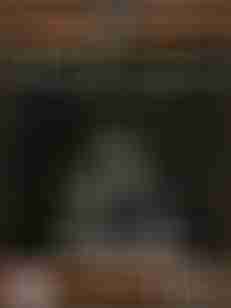