The subject of psionics—as a GM, as a player, and as a regular about-the-town fellow in the RPG industry (specifically in the D&D and Pathfinder genres)—comes up often. Some people hate them, some people love them, some don’t care either way, and of course, some folks don’t even know about them (if you’re still playing 3.5, you can find the psionics rules here, and if you’re on board for the Pathfinder train already, d20pfsrd.com has you covered.)

Dreamscarred Press put together great psionic rules that make for an awesome game (if you’re a subscriber, I cannot recommend The Great Pubo Hunt strongly enough), but there’s a commonly held opinion that on a fundamental level, psionics are overpowered.
This is not the place for that debate—I’m not overly interested in that aspect, and will briefly explain why: psionics are not meant to operate like (be truly equivalent to) magic, which is the mistake many of us make when we evaluate them. Yes, they produce supernatural effects and are an important part of character expression, but no, they are not magic, and you shouldn’t be treating them that way.

The reason they come off as unbalanced has to do with fooling about with the fundamental assumptions of the game. Supernatural effects are created with an entirely different (more subtle) bent, which ramps up the intrigue-level of the game in way that would otherwise require a ton of specialization.

Mike you are not being brief, what are you driving at?
I’ve got another fix for this (it’s called sanity psickness, it’s in the Veranthea Codex, and it is even simpler) but what I’ve got today is easier to incorporate into your games: xyrx crystals. Here’s their entry from The Great Pubo Hunt (though this article will be getting a bit more in-depth):

If you’ve been following Uralicans Uncut, these little guys have already made an appearance or two on the AaWBlog this month, but having a simple macguffin to neutralize a psionic PC might not do it for you. Should you need a little extra bang for your design buck to bridge the gap for your group, here are a few ways to make xyrx crystals more limiting or means to use them in a different fashion (though in these cases, 3.5 folks are out of luck—we’re looking directly at Pathfinder).

Effectiveness
So the party has finally left where they found these xyrx crystals and mastered psionic abilities (say, a place like Varakt’s Halo) and your finding there’s too much of an edge to these new powers when employed against regular enemies.

Instead of rewarding all of a character’s power points, reduce the amount they get per day from their xyrx crystal—away from Varakt’s Halo, it isn’t as effective and they instead gain somewhere between 60%-80% when used consecutively (in the case of soulknives and aegis, reduce the enhancement bonuses of their respective astral equipment by -1 to -3). Dreamscarred Press’ psionic powers are made to scale; to manifest a power at it’s lowest expression, with variable options to scale the potency of it up.
While the possibility for high effect powers remain, with less PP to use each day psionic characters aren’t going to be quite so ready to amp up manifestations. 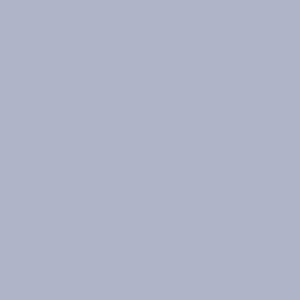 Investment
Who can say what these crazy psionic gems are capable of? Given how much adventurers love gold—and enchanted items—this is definitely an avenue that can prove useful. This could be as simple as taking up an item slot (or two), but could be more serious; maybe the nearest 5 gold is turned into copper for each power point expended, or every use of a psionic ability temporarily reduces the effective caster level of an item until it ceases to function (caster levels returning at a rate of one per hour or, if you’re feeling particularly candid, one per day).
You’re forcing the PCs to invest their resources into their divergent abilities, which will do much as above (curb their use).

Drain
The final solution is along the same lines as the other two, but definitely more severe: draining the xyrx crystal too quickly incurs damage. In this case, activating psionic abilities and powers doesn’t just cost PP, they can cost HP—any time that a xyrx crystal-using character manifests a psionic power of a level greater than half its hit die, they take 1d4 damage for each power level higher.

No matter how you choose to incorporate psionics into your game, I cannot recommend strongly enough that you do so! They absolutely introduce a new flavor to the world and while including it can sometimes require changes in the ultimate design and how things play, it is absolutely worth exploring.