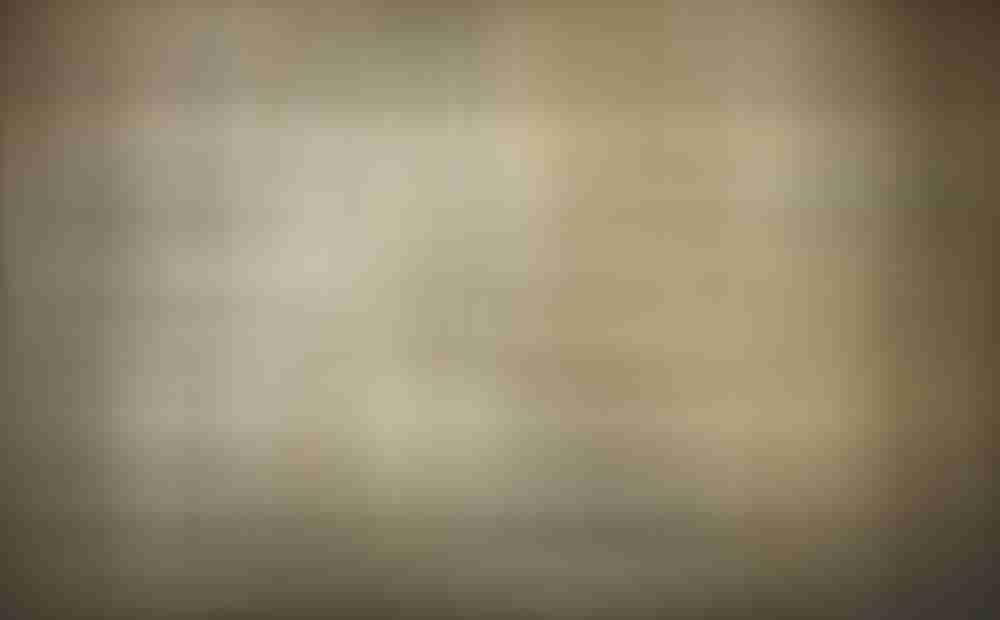 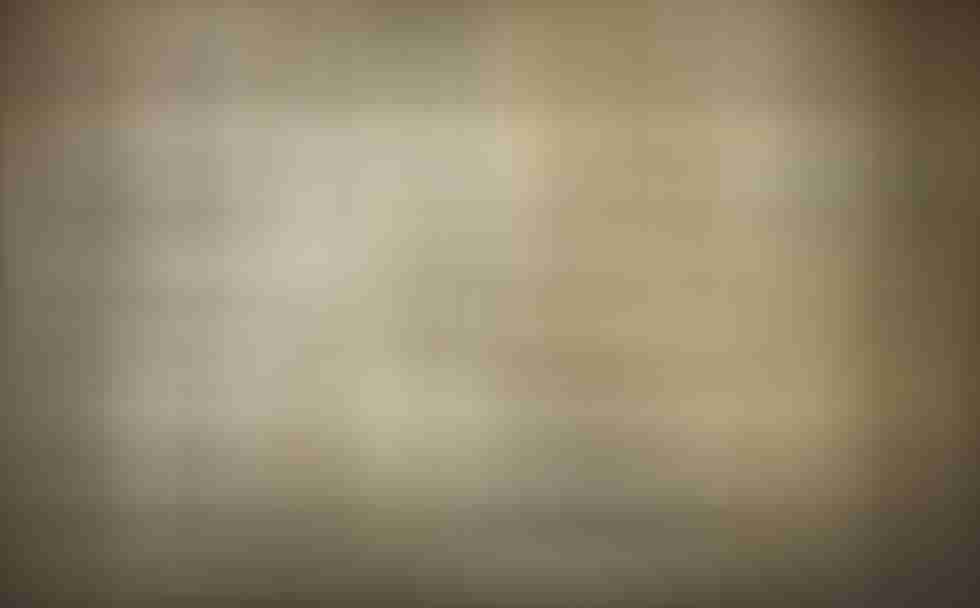 Zebus Torin and Orik Thane are two fellows cut from the same cloth, but as repellant to one another as oil and water. Both wizards of some renown, the two men attended arcane college together where they fostered a tumultuous friendship. With one always trying to outdo the other, the vast majority of their youth was spent seething at one another and performing various duels of arcane prowess.
Their competitive demeanor continued into adulthood and gave birth to a rivalry between two old men that is legendary amongst their peers. The final straw that ended their lifelong ‘friendship’ occurred nearly a decade ago, when the two finally put their mettle to the test in a no-holds-barred wizard duel—each of them offering up a prized possession to up the stakes. Zebus emerged triumphant and Orik forfeited his prized phoenix quill (a magical writing device) as well as his pride. Words haven’t been exchanged between the two men since, though each frequently speaks ill of the other. 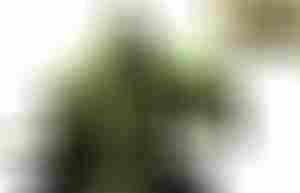 A decade has passed since great contest, and by happenstance, Orik has garnered details that have revealed that Zebus cheated during their duel – relying on arcane powers generated not only by himself, but by his apprentice who lurked, hidden with the crowd of spectators. As such, Orik sees the phoenix quill as rightfully belonging to him, and he intends to reclaim what was stolen from him by the cheater, Zebus. The magic item isn’t tremendously valuable, but to Orik, it’s a matter of principle.
Old Orik knows better than to use his own magic to swift away the artifact, less his actions be discovered and prompt a full on war between wizards. However, the old mage does have a devious plan that involves hiring a sneaky group of adventurers to burglarize Zebus’ keep (and steal back his prized quill). He offers a reward of 3,000 gp and a stockpile of a dozen potions made-to-order for the return of his prized item, and the PCs have been singled out as the perfect candidates to undertake this task—either due to their reputation or lack thereof.

Zebus’ abode is located in a town about a day’s journey away from Orik’s home, and in three days the old wizard is leaving his hovel to attend to business (away for at least a week). Orik has caught wind of his upcoming departure and decided that now is the perfect time to put his devious plan into action and reclaim the beloved phoenix quill.

Orik commissions the PCs to break into Zebus’ home and steal back the quill, providing them with a simple map indicating the location of the wizard’s home, and warning that though the mage is away, his apprentice—a young human lass by the name of Iyna Debanti—is tending to the abode and the workshop within where the phoenix quill can be found. Orik explicitly instructs that no harm is to come to Iyna during the heist, stating that she’s a “good kid, with a thieving master,” and that, “she shouldn’t be punished for ol’ Zeb’s misdeeds.”
Orik fronts the PCs up to 500 gp of the 3,000 gp reward, and offers to prepare for them 1d4+1 potions to take along to aid in their job (the players should be allowed to request specific arcane potions, but nothing with effects above 3rd-level wizard spells). 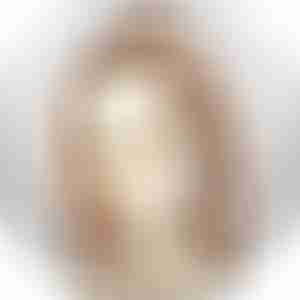 Orik Thane (NG Male human wizard 5/collegiate arcanist 6)
An aged man of more than six decades, Orik stands very tall and lanky, which provides an almost comical appearance accompanied by a cap of long and frizzy white hair that bursts outward in a wildly unkempt tangle. He wears a heavy wool and burlap cloak and a pair of simple wireframe spectacles. If not for the array of sparkling rings adorning both hands that betray his wealth, he would likely pass as a pauper. Orik’ voice is hoarse and he’s got a quick temper—especially when discussing his rival Zebus Torin.

Zebus Torin (LE Male human wizard 5/collegiate arcanist 6)
Surprisingly agile for a man so elderly, Zebus dresses to impress, wearing the finest clothing and accessories to match. His fiery red hair is trimmed short, but retains an untamed style accompanied with a matching goatee; his eyes are so dark and piercing that some say they aren’t natural, but a result of dark magic. A socialite in his community, Zebus’ demeanor is often boisterous and his language verbose. He has a noted affinity for younger women, fancying himself quite the ladies’ man and local aristocrat.

Iyna Debanti (LN Female human commoner 2/wizard 3)
Fair, coppery–haired, and yet to reach her third decade, Iyna is the eager student (and some rumors suggest, lover) of the renowned wizard Zebus Torin. As his pupil and representative she is expected to maintain her master’s flashy appearance, and garbs herself in the finest silks and gaudy jewelry. Having recently graduated top of her class from the same arcane collage that Zebus attended, she has taken on the apprenticeship with him to further her education as well as enhance her own reputation. She is friendly and soft spoken, but very devoted to her teacher—and vigorously defends his position. 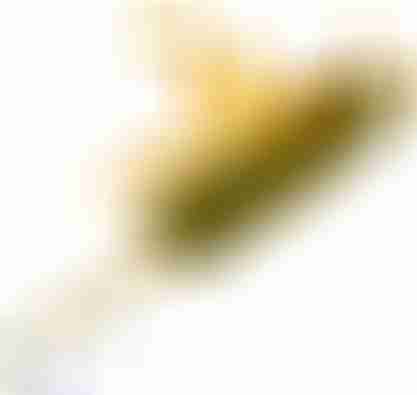 DESCRIPTION
This long feather quill is golden in color but its hue is metallic. The tip has been fashioned into an elaborate calligraphy pen with a self-contained inkwell.

Zebus’ workshop is a large chamber with walls lined by built-in bookshelves. Hundreds of dusty tomes sit alongside empty vials, beakers, and arcane diagrams. Six large worktables are situated near the east side of the chamber where various arcane studies and experiments have been left unfinished. On the western side of the room is a large freestanding metallic cube boasting a hatch-latched door—obviously the old wizards vault.

The Arcane Workshop is being tended to by Iyna in Zebus’ absence. She spends her days perusing the large library within, pursuing her own studies to further her knowledge of obscure arcane components. She is somewhat distracted, but is quick to notice anything out of place or unexpected noises within the abode, so the PCs will have to carefully sneak in and be quiet about their work. 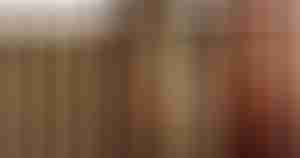 The adventurers may be able to sneak past her to the vault located in the center of the room, but if they wait to attempt infiltration of the workshop until after nightfall, she soon retires to the bedroom, taking with her a single book and a lit candle. Iyna spends 1d4 hours reading before dousing the light and going to sleep; while in the bedroom, she takes a -5 penalty to Perception checks to notice intruders (this increases to -10 when she is asleep).

A featureless free-standing structure crafted of solid adamantine, the vault has no cracks or crevices save for the large door that has been sealed and locked shut. The door has an extremely complex locking mechanism that requires a DC 25 Disable Device check to unlock, however is also trapped with a CR 4 arcane alarm trap: Type magical; Perception DC 35 (without detect magic which immediately reveals the trap); Disable Device DC 30; Trigger attempting to open the vault door; Effect alarm (CL 10th).
If the alarm is sounded, Iyna is immediately alerted (even if she is sleeping) and discovers the PCs. When she sees the intruders she utters a magical phrase that awakens 1d4 + 3 golem liberums [a miniature book golem revealed in tomorrow’s Statblock Sunday! —JAM].

If the golem liberums are defeated, Iyna flees to alert the city street patrol of the robbery in progress. She does not willingly submit to the PCs if they attempt to stop her, and fights to escape if necessary. If she manages to alert the authorities, the party has three rounds to escape the building before being surrounded by 3d4 guards (LN Human warrior 3). If the adventurers engage the guards, 1d4 more arrive on the scene to assist their comrades at the beginning of each subsequent round. 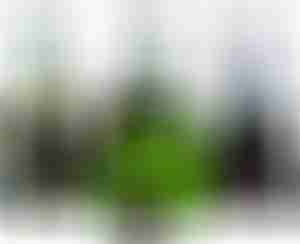 If the vault is penetrated, inside the PCs find the golden phoenix quill neatly secured beneath a glass dome that rests upon a simple wooden pedestal. The vault is filled with minor magical items, but the wise old Zebus has placed a contingency security into the chamber—when the items within are disturbed, it triggers an automatic teleport of all the vaults contents (not secured in the hands of the PCs) to an extradimensional space accessible only by Zebus himself.
Each PC should be allowed to obtain at least one random minor magic item before the contingent teleport whisks away the remaining wizard’s treasure. Hopefully they went for the phoenix quill first, otherwise their greed is punished by failure of their mission when the it disappears with the remainder of the vault’s items.

If the PC’s manage to return the quill to Orik then he happily pays the full reward to the adventurers and promises to keep their identities secret—mission accomplished. However, if Iyna was injured or killed during the heist, Zebus utilizes his expansive resources to discover who the party are, and hunts them down for revenge.
If so incited, Zebus locates the PCs in 1d4 weeks and makes an appearance (at the GM’s discretion) to engage them in battle. If the adventurers only injured Iyna, then he attempts to subdue the party in order to present them to the authorities to face trial. However, if Iyna was instead killed, Zebus fights to the death to annihilate the adventurers in retribution.