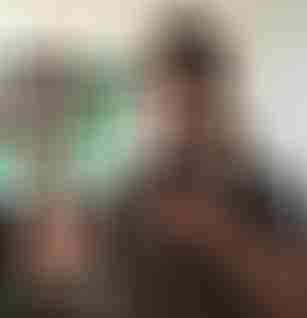 I’m a freelance game designer, writer and editor; I can also bid and build you a retaining wall, spruce up your lawn, order your dim sum or make some drinks (I suppose if you need some film analysis done, I’m also qualified for that after getting a bachelors degree in Film Studies from the University of Pittsburgh back in 2008). Preferably I’m writing, which has been the modus operandi for about half a year now. In addition to publishing myself, I’m working with (or have worked with) Louis Porter Jr. Designs, Skortched Urf Studios, Purple Duck Games, Rite Publishing, Avalon Games, a magazine (I’m not allowed to say which one yet) and of course, AdventureAWeek.com. My cat, beautiful (and wonderful) fiancée and physical manifestation reside in Pittsburgh, Pennsylvania (although plans to move to Seattle are in the works.)

Chaotic? Getting people together is difficult and we can’t get a solid day every week that everyone regularly shows up to. On Thursday nights a friend working at “Legions” hobby shop runs a ‘3.25’ D&D game; it’s unbalanced and crazy (there’s a MetaThursday post about their ‘Hero Points’) but it’s a great time regardless and I literally played D&D for the first time (2nd Ed!) with that guy 12 years ago. I’m currently playing a dwarven cleric named Borskiir Brassbeard (a loudmouthed kleptomaniac and devout follower of the ‘Cosmic Prankster’ that brasses everything – he’s quickly becoming one of my favorite creations.) 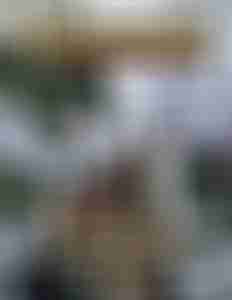 The Advanced Players Guide. In one fell swoop Paizo blew open the infrastructure that provided the basis upon which (probably millions) of D&D games were predicated, introducing classes that balance well with the (improved) original eleven; this fits my personal concepts of fantasy wonderfully. There should totally be people throwing bombs and if at all possible, a cavalier grippli riding a chocobo (which people have shot down before – can you believe that?!) – the more bizarre the better.

4.      You are currently the AaW Blogmaster for Adventureaweek.com, tell us about that.

I am Master of the AawBlog, a terrifying creature from the depths of the static seas. Shortly after beaching itself on the sturdy vessel of Captains Jonathan Nelson and Todd Gamble (AdventureAWeek.com emblazoned on the astral ship’s side) I jumped to subdue the beast – when asked for an idea or two for a post, instead I sent an idea for a schedule of posts and started to produce some myself. As the weeks past the AawBlog grew docile, and I think we can proudly claim that the creature has been tamed at this point.

5.      What is your favorite Pathfinder Roleplaying Game compatible product you worked on?

Rise of the Drow. I can’t; it’s all on the hush hush right now, but what I am allowed to divulge is that I’m editing it as quickly and efficiently as possible (along with everyone else at hard to the task AdventureAWeek.com). Of course I’m going to mention The Clockwork Wonders of Brandlehill but the best part of that was having complete creative control – that’s just cathartic.

6.   Other than your own work and other AaW products, what is the best Pathfinder Roleplaying Game compatible product out there?

Psionics Unleashed. If you’re going to expand the game or want to introduce a new type of mechanic to spruce things up, Paizo has already given Dreamscarred Press a real solid nod (using some of their stuff as part of a dragon in a recent publication) and declared that they have no reason to release a psionics book of their own. That being said, they didn’t take it wholesale – it just isn’t balanced with the core rules. By itself its a great time that I’m happy I bought both books for (Advanced Psionics is pretty awesome too) but ultimately anything taken out of that book is going to crush its CR equivalent, be it a monster or NPC with class levels. Still highly recommended – if you want to include it in your regular Pathfinder game, I’m working on a global penalty to facilitate that and advise you to keep an eye out on AdventureAWeek.com for when it hits.

7. What do you feel makes a good Pathfinder Roleplaying Game compatibile product?

Utility. To be perfectly honest, I’ve never actually used a Pathfinder or D&D adventure module – the first time I ever used a product like that was the Free RPG Day release for Black Crusade (which was great fun) so now what I look for is stuff I can use. Ideally a well-written Pathfinder product is going to be able to stand on its own at the same time be easily transported, piece and parcel, into someone else’s game world; if the settlement/adventure you wrote up can’t do that, go back and revise until it does.

8. Who is your favorite developer when it comes to Pathfinder Roleplaying Game compatible products?

Sean K. Reynolds, hands down. Have you seen the Serpent Archer class? What about New Argonauts? That shit is free and got me back into gaming during college; obviously I cannot praise him enough. File Off The Serial Numbers is an amazing product that he just put out (for a measly $2) and over time I expect it to become an essential item for GMs everywhere. Go download them (and feel free to tell him that I said to do so!)

9.   What advice would you give folks looking to start writing and freelancing themselves?

Exposure. Publish yourself, publish with AdventureAWeek.com, publish with everybody. The tabletop gamer is a curious creature, at once both intensely interactive and at the same time anti-social. If you look at some of the kickstarters out there (Numenara specifically) you can see that there’s a vast crowd of players and GMs ready to buy material; the trick is reaching them all. Swim in every pond you can, and also (and probably more importantly) write down everything, whether you are going to use it in a project right away or not. Knowing a decent lawyer is nice too.

10.   Who is your favorite RPG Illustrator?

Ramon Lucha; he’s this great guy from Italy that did the cover for The Damned Souls of Fenleist (my first AdventureAWeek.com product) and I snuck in and had him do two pieces for my own publications.  He is absolutely perfectly suited for this project too – his visual reveal of the enigma behind The Mysterious Peaks of Baranthar is breathtaking. There’s just no other word for it. On top of that, he’s reasonably priced and takes direction well for somebody who uses English as a second language. I’ve had to deal with several different artists at this point and I can confidently say that Ramon is by and far my favorite (and unlike one of them, didn’t try to change the conditions of his contract after the fact and fraudulently threaten to have me arrested).

11.   What has been your most memorable fan response to your work?

A gentleman doesn’t ask and a lady does not tell, sir!

12.   Could you give us an exclusive hint or teaser about an upcoming product you are working on?

After The Mysterious Peaks of Baranthar I’ll be releasing an NPC antagonist (for free!) from the next adventure (Bandit King Grogth Bloodfang) – a kobold rogue with a penchant for rumors equaled only by his love for onions, a fellow named Weaky Leeks.

If I had it my way I might make one post every two weeks and instead spend my time editing submitted content. Eventually I’m positive we’ll get there.

14.   Can you tells about the Magical Armament Compendium Volume I?

First of all, it’s free – everybody likes free stuff. Second, it’s neat – within are three magic items, each with their own story (and therein, plot seeds). Thirdly, Neil’s artwork is great – the Mirrored Spear looks awesome. Probably most of all, it’s original and cool – who doesn’t want a mirrored weapon? It looks sweet (again, props to Neil) and the way I wrote it solves a problem that GMs often have to deal with (“Damnit, WHY did I let him have a Holy Avenger?”).

15. Why are you doing this instead of something else?

Aside from the fact that it is awesome? There are plenty of reasons but chief among them is the sordid nature of the film industry (and academics as well). It’s about who you know, not what you know or how well you relate that. It’s why I waited tables for years and hauled around concrete blocks for five; nepotism doesn’t sit well with me. As an RPG writer none of these people have met me before – they lack bias and ultimately I’m judged by the content and quality of my work. When I realized that I could do this without compromising my personal integrity, I actually got really pissed off that nobody thought to suggest this route to me. After my initial success my incredible fiancée (a philosophy and english literature graduate) told me that she’d support my efforts to succeed and in turn I vowed to become a legitimate Game Designer. Which is why I’m doing this. 🙂