Vertical Dungeon Design
This week’s Lands of Ludolog articles are loosely based on a favorite childhood vertical platformer video game (Kid Icarus) and today we’re considering what elements of those level designs might be applicable to fun map layouts based on the same general premise—a vertical dungeon. A typical dungeon already has multiple levels, but we’re focusing more specifically on a build that closely mimics the tall-and-narrow nature of old-school vertically scrolling video games where certain elements can really add a level of perceptual realism to the design.

A tower [as will be utilized in this week’s Sidequest Saturday! -JAM] is one such example of a vertical dungeon, but the possibilities are not limited to stereotypically narrow structural architecture. A vertical dungeon could be located completely beneath the ground (perhaps built into the remnants of an old quarry or mine), underwater structures using a tight layout can strengthen against the tremendous water pressure of the depths, and dungeons built into the hollowed trunk of massive ancient trees can be a real treat—the possibilities really are limitless. Regardless of its type, the key focus remains on building numerous levels stacked on top of one another rather than expanded out into a few floors in a widely sprawling dungeon.

The most important concept to keep in mind when designing a vertical dungeon is how the various levels will vertically align with one another. One easy method to keep you on track while building is to define a “duplicate structural footprint”. All the rooms within a single level are contained within that footprint, and subsequent levels (either above or below) are situated to fit the same footprint. This makes it easier to keep track of which areas, rooms, and hallways remain vertically aligned with others—which can greatly affect how various methods of ascent and descent work throughout the vertical dungeon.

The following are a few ideas that can help add to the distinction and plausibility of a vertical dungeon design.

Chutes & Ladders and Stairs – Creating logical and complex vertical passageways.
Chutes, tunnels, slides, ladders, steps, stairs, and lifts are all standard issue in most typical dungeons, but in a vertical dungeon these elements can easily play off the unique alignment of numerous levels. Chutes may twist and wind around various rooms, dropping to the level below only to rise back up to the level above before terminating. A spiral staircase may not lead to a preceding level, but instead bypass several floors on the way up or down! Have fun with connecting the various levels with one another, mixing-and-matching potential paths of progression for intrepid explorers. This is where the duplicate structural footprint method of design resonates, allowing you to easily check if a specific space of the footprint on multiple levels is a vertical tunnel, pit, chute, or staircase that passes through to a further level without running into an already existing area. Remember, it’s important to make sure that your vertical passages make as much sense as your horizontal ones!

Trick Doors and Endless Corridors – Are we even going the right direction anymore?
Teleporting infiltrators of a dungeon can be a great tactic to confused parties and throw the group cartographer off track. Certain areas can be outfitted with magical traps or arcane runes that trigger teleportation to another, identical location on a different level of the dungeon—this can quickly make mapping the otherwise relatively simple levels very challenging, keeping players on their toes. After all, it’s not easy to keep from getting lost when you are trying to map out the fifth floor of the dungeon while unwittingly exploring the tenth! Teleportation triggers work particularly well in the middle of winding corridors, or used as magic portals placed upon doorways. Without any specific physical landmarks to indicate anything has changed after passing through the teleportation, the dungeon explorers may continue on for quite some time before becoming aware that something is awry. These tricks are particularly useful in dungeons designed for escape scenarios, especially if exits are limited! 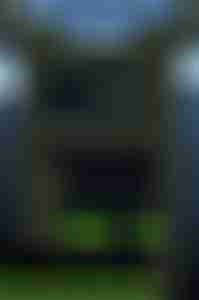 Multilevel Chambers – My, what a big room you have!
Building vertically allows for some interesting room design. Particularly large and tall chambers may actually span multiple levels, providing a great opportunity for integrating balconies, terraces, and lofts that overlook several floors via these larger open spaces. Or, if you’re feeling particularly devious, include dead-end doorways and hallways that terminate not at a wall, but midway through a multilevel chamber. This same effect can also be created if there is a wide opening between two vertically stacked rooms (a pit from the room above leading into the room below). Progression through parts of the vertical dungeon can even require passage through one level into a multilevel chamber to gain access to corridors on a preceding floor—put that rope and grappling hook to good use!

Hidden Levels & Half Levels – A dungeon so devious it has levels in its levels…
So you’re creating a multilevel vertical dungeon, but keeping things on the level just isn’t good enough? Half levels (or areas contained in between two main levels) can add to the sense of scale and complexity of the design. For example, if the primary levels of the vertical dungeon are separated by fifteen feet, that leaves a whole lot of space between those floors to hide additional rooms, secret passages, and discrete niches. Entire levels can be sealed off in these spaces and made accessible only by secret passage or by triggering a teleportation to an area completely segregated from the rest of the dungeon! Hiding levels between levels is a great way to ensure that those secret rooms aren’t easily identified through finding a “blank” space in the cartography of a particular level.

Whether designing a standalone vertical dungeon or including a vertical section to a sprawling dungeon, the most important thing to remember is to have fun! While keeping everything aligned when designing vertically can be a challenge, the end result can really pay off by providing a rich and complex environment for the player characters to explore.