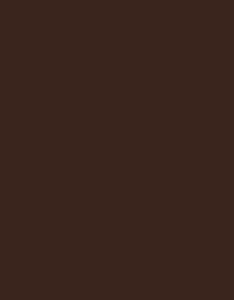 AdventureAWeek.com is gearing up to explore the endless caves of Aventyr in a host of upcoming products (some of which are part of PATHMASTER contest winner Michael Allen’s adventure path!) that introduce brand new races and classes to the Pathfinder Roleplaying Game!

In a post for the playtest back in January we brought out the ahool and a bit of the drow—today we’re looking at the gitwerc, and more specifically, their horrifying warriors: underterrors! These shapeshifting horrors (a new base class!) stalk the Underworld, subduing those that refuse to parley and consider partaking of the same devilish fruits as the misbegotten deep dwarves.

Garenth was beginning to have doubts about heading deeper beneath the surface. Their friend and prodigious wordsmith Frednir, a dweorg merchant that became a fast ally after meeting on the road months ago in between two subterranean dwarven settlements, spoke of great riches farther into the depths but definitely downplayed the danger of such an expedition. Not three weeks ago, Garenth was forced to order his companions to flee while a monster that morphed out of the cave wall itself devoured his lifelong friend Barsk, and a few days ago the halfling cleric Kira entirely disappeared. While he liked the plucky girl, it was hard to argue with Frednir at the best of times and the meager rations she had left behind were a welcome addition to their scant meals.

With food supplies running so low, the paladin feared that he may have led his allies too far along to turn back, and that the endless caves of Aventyr might prove to be a tomb to them all. Trulai broke him from his reverie, the mage’s keen half-elven eyes picking out a flitting shadow from the darkness beyond Garenth’s torchlight. “I’m quite sure I saw something,” the wizard said, reaching for his components bag, eyes cast outward with a steel resolve. “I’m done taking chances down here, Garenth. It’s time to turn back.”

A mild guffaw from behind Garenth brought him back to ease. “Ohhhh lad, don’t be ridiculous,” Frednir said, slapping both the paladin and the elf on the back, “my dwarven eyes aren’t seeing a living thing anywhere in this chamber—you’re just paranoid from hunger. I think I’ve got a flask of ale I hid away when we visited the last tavern…”

“No, dweorg, I think not.” Something about the mage’s tone struck a chord and Frednir stepped away, his hands raised apologetically. Trulai continued, excited and invigorated, “you’ve dragged us down near the very pools of HEL and I’ve had enough of it!” The elf’s face began to turn red with rage, but then to Garenth’s astonished eyes, a crimson distinction of something more suddenly accompanied a slightly lower pitch to his voice. “Kira is gone, Barsk is dead, and it’s all your fault! Garenth, he’s a menacing curse upon us both and his time ends now! We—aaargh!” 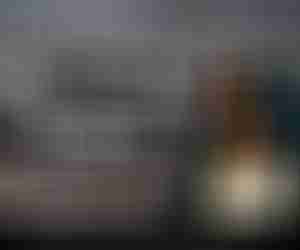 To the astonishment of both Garenth and Frednir, the mage began to change and morph, his skin turning a hideous bright red and erupting with exploding postules that immediately hardened into chitinous scale. “Heavens, Garenth, it’s him! It’s the damned elf, of all things, it’s a demon!” The dweorg grabbed his trusty axe, slamming it into the screaming creature’s shoulder. “Attack now while it’s weak, before it’s too late!”

Drawing his blade and muttering a prayer to his god, the holy knight struck fast and true; the greatsword slammed into the wound opened by Frednir, cleaving into the elf-things chest and killing it instantly. In a moment that stretched for what felt to Garenth like hours, the warm blood flowing from his dead friend’s chest slicked the blade and the body fell down to the cold floor of the cavern with a thump that haunted the paladin for decades. Looking around for his last remaining ally in the Underworld, the dweorg was nowhere to be found—had the monstrosity attacked Frednir in the heat of the battle?

The eerie silence of Garenth’s lonely victory only lasted for a moment. In frustration and rage the paladin let loose a cry that echoed off the walls and farther down the tunnel ahead of him—and to his horror, something answered.

Winging up from the darkness, a creature in the shadows let loose a wave of sound that struck the paladin with the force of a giant’s club, smashing the cuirass of his armor into broken ribs and sending his sword scattering out of sight. Hairy, unnaturally strong arms gripped his body and though Garenth landed a few punches against his attacker’s skull, he briefly lost consciousness as his body slammed into the side of the cavern.

Blackness receded just long enough for Garenth to feel a fleeting sense of hope as the familiar image of Frednir swam into view. Wrapped in the embrace of a creature he still couldn’t see and overwhelmed with pain, the warm wash of blood from his neck filled the paladin with dread but his ally was surely about to fight to free him. 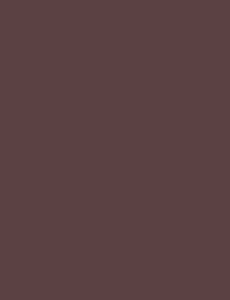 To Garenth’s horror, the dweorg merely grinned as of horn and tusk grew from his skin and massive, leathery crimson wings sprouted from his back. “Told you his blood would be sweet, Rorsk’haht. Was I not absolutely correct?”

Whatever held the paladin in its steely grip muttered affirmatives through sloshing gulps of blood, words Garenth couldn’t recognize. With the dweorg’s eyes locked onto his, Frednir grinned maliciously, “just make sure he doesn’t die. We gitwerc can do great things with so righteous a holy warrior. Great things indeed.”

As the realization of betrayal dawned on Garenth, the will to fight receded and the blackness consumed him once more.

The duplicitous gitwerc, bestial ahool, and monstrous underterrors are only some of the truly fantastic material about to make it to PDF! Keep an eye on the AaWBlog for more information as we bring these bloodthirsty denizens out of the Underworld of Aventyr and onto your tabletop!