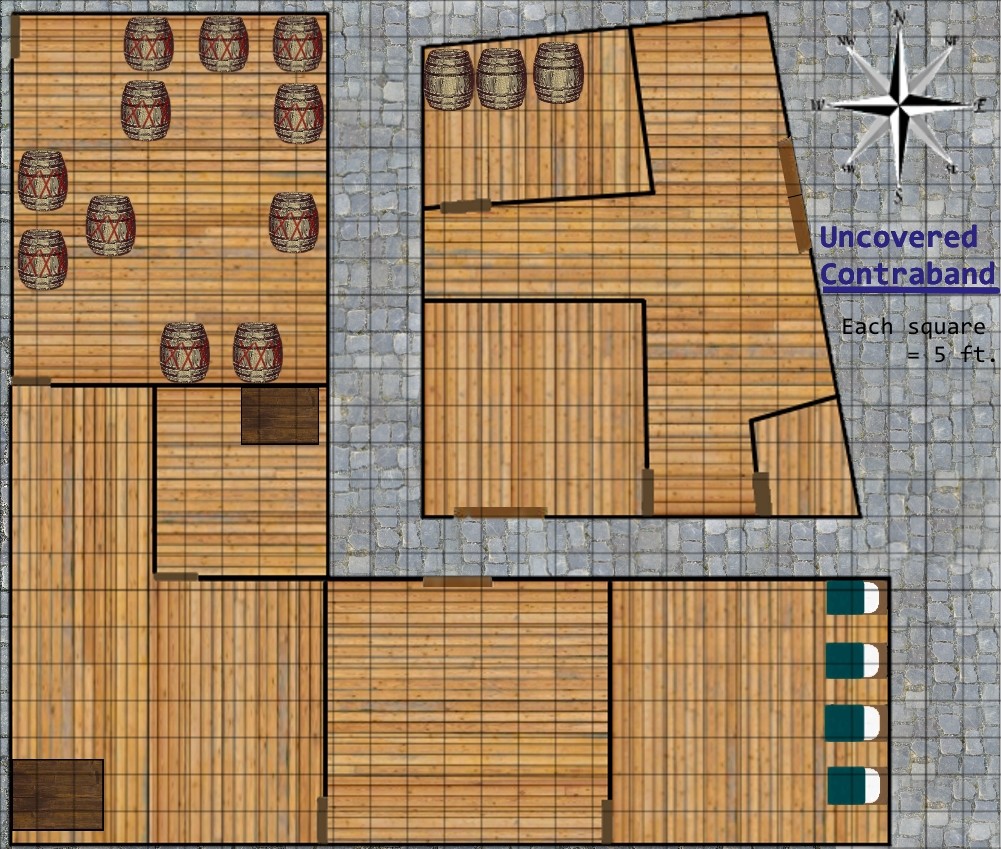 After the party fight their way out of the ambush it is probably in their best interest to vanish from the scene, as Mohkba’s guards can be rather zealous when investigating disturbances possibly related to the dreaded Cultus Sanguineus. Adventurers that dally for 1d4+2 minutes or longer are questioned and if rude or uncooperative, scanned for magic (which can lead to a meeting with the Sanctioned Arcane Practitioners, none of which are known for their friendly demeanor). Even disguised PCs have a 15% chance of being stopped and queried.

After meeting back up with Jesker and relating the news about the false shipments, the old wizard sends the party out to gather more information about where the real cargo went. A DC 15 Diplomacy check to gather information garners rumors of horrid smells coming from a building just northwest of the Trade Yard. Questioning the harbormaster for the day with a DC 20 Diplomacy or Intimidate check convinces her to reveal where other possible shipments were said to be going (an accompanying DC 11 Intelligence check deduces the same results as a successful check to gather information). Failure on this check doesn’t make the information inaccessible, but to get it the PCs have to shell out a 30 gp bribe. PCs that happen to be in the area have a 30% chance to receive a DC 18 Perception check to notice the odor, though any member of the party that has the scent ability automatically gets to attempt the skill check and gains a +10 circumstance bonus.

Adventurers that don’t find the building with their noses take 1d4+2 hours to pinpoint its location, arriving to find two P.R.A.N.K.S.T.E.R. Hirelings [Tomorrow’s Statblock Sunday! -MM] waiting outside the entrance. When the PCs approach, the criminals yell at them to back away unless they are ready for a beating (and should the party leave, the sentries don’t give chase and return to casual conversation). 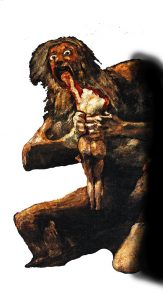 Engaging either of the P.R.A.N.K.S.T.E.R. Hirelings in combat prompts one of them to guard the door as the other dashes across the street to pound against the wall of an adjacent building, where two more of the criminals emerge from next round. The newcomers charge out of the doors, moving into flanking position (specifically targeting spellcasters). After these enemies however, there are no obvious or prompt reinforcements and the PCs can safely explore the area.

The L-shaped building opens into a moderately large room with two doors; going east heads into a sleeping area where a dozing P.R.A.N.K.S.T.E.R. is sleeping. The door on the west wall opens into a much bigger chamber with a table against the far corner and two doors to the north. Going northeast the PCs find a sturdy table covered with scattered papers, and with a DC 21 Perception check the adventurers find an incriminating note similar to the one the P.R.A.N.K.S.T.E.R. Thugs had. The code being used by the criminals is still extremely complex without additional notes, but the Linguistics check to decipher either is reduced to DC 32 (if Jesker is asked to read the note, he explains that he’s always used magic to overcome language barriers and is just as stumped as they are). The other door leads to a room filled with barrels marked by red Xs, just like the false shipment. There’s a 50% chance an opened barrel awakens a blood thrall within, at which point another 1d3+1 of the monsters rise up to attack!

The smaller building across the way opens up to a small room; if the P.R.A.N.K.S.T.E.R. Hirelings were not involved in combat earlier, they are located here and attack on sight. 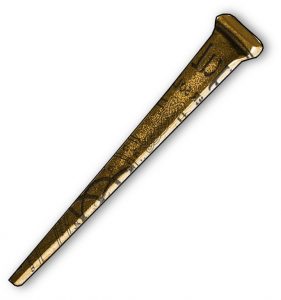 The chamber’s only door opens eastward into a T-shaped area filled with molding hay and animal droppings. A broom and some cleaning supplies—clearly untouched for ages—are all that the PCs find here but heading into the northwest room, and though the contents are magical, the barrels do not show any aura when gazed on with detect magic and one of them has a nailstrom trap inside of it. The final room in the southeast has a hidden trap door (DC 30 Perception check) hiding a cache of stolen goods of various types that totals 3,450 gold in value.

A DC 14 Charisma (Persuasion) check reveals the rumor about the building with an odd smell.
A DC 16 Charisma (Persuasion or Intimidation) check coerces the harbormaster to reveal the cargo manifests (and a DC 10 Intelligence check deduces the likely location of the true shipment).
Adventurers that happen to wander near the structure get a DC 13 Wisdom (Perception) check to notice the strange odor.
A DC 15 Intelligence (Search) check locates the second P.R.A.N.K.S.T.E.R. note (which now require DC 24 Intelligence checks to decipher).
A DC 20 Intelligence (Search) check finds the hidden trapdoor to the treasure cache.