VALE OF THE SPIDER EATERS – PART 2

Gopcheck’s daydream was shattered as a tremendous gust of wind and a noise like the beating of wings overwhelmed his senses. The wind picked up dirt and dust, choking and almost blinding him. Through the haze he could just make out the form of the Mage Midya. As the wizard completed casting a spell, a shadowed monstrosity appeared above and behind the mage, who suddenly sprouted a huge stinger from her chest. The mage’s spell went wide, and Gopcheck could hear the sounds of the tunnel collapsing behind him. He looked to see if he could help his commander, but though there seemed to be life in the mage’s eyes, she had stopped moving. The screams around him intensified as huge shapes drifted through the haze, coming ever closer. Gopcheck took the only reasonable course of action—he fled! 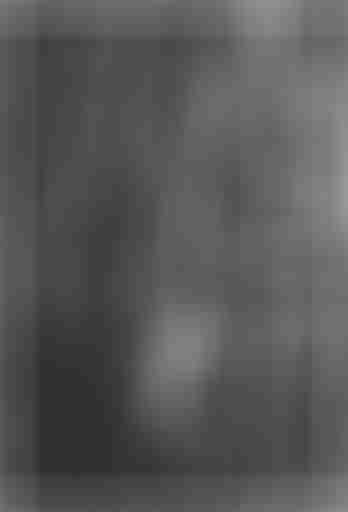 This is the second post in the story of the Lost Battalion, a side quest in five parts that can be played as a stand-alone adventure, or may be used as additional content to Twin Crossings—a mercantile endeavor for 4th level characters, now available in the store and to subscribers of AdventureAWeek.com. You can find the first post here.

If you want all of the bonus content for Twin Crossings in one search for the tags “Lost Battalion” and “Burned Mill“, and you can find them all here on the AaWBlog!

A. Tunnel Exit
After exiting the tunnel into the vale read the following:

The far side of the tunnel suffered a cave-in at some point as well, but erosion and time have once again opened an exit. Pausing at a ledge, you look out over a web-encrusted forest canopy. The temperature in the vale is significantly warmer than the surrounding mountains—the air is humid and saline. Wide trails lead down into the valley where a series of pools can be seen a few miles away in a break in the canopy. Cave entrances dot the canyon walls above the pools.

Once on the far side of the original tunnel the tattered remnants of half a dozen lost battalion uniforms lie buried in some disturbed rubble. Any PC that succeeds on a DC 17 Knowledge (arcana) check recognizes desiccated bodies mixed amongst the human bones—the skeletal structures of three spider eaters. Examining the remains of a skeleton wearing mage’s garb reveals that the deceased creature’s ribcage was shattered, likely from within. Though aged, scorch marks on the cave entrance and rubble are identifiable as magical damage.

Midya Merocheck and her followers tunneled right into a nest of spider eaters. A brief firefight ensued and a misdirected spell brought down the tunnel behind them (erosion and time eventually cleared this end of the tunnel in the same fashion as on the far side). The mage then succumbed to the venom of the spider eaters and without her arcane support, the survivors fled. Impregnated with a spider eater egg, the mage perished when the hatchling exploded from her chest some weeks later. A DC 15 Knowledge (arcana) or Knowledge (history) check gives the likely identity of the mage, and her troops. A DC 12 Knowledge (nobility) check indicates that it is likely any survivors from this battle retreated to a more defensible position—a series of caves in the mountainside on the far side of the vale is a likely spot (a few hours march away).

If the PCs leave their horses here unattended, they will be attacked by the spider eaters after the party has gone. Roll 1d6 per half dozen animals—these creatures escape and may be tracked and rescued with a DC 9 Survival check on the adventurers’ return. Up to two slain horses are implanted with spider eater eggs (discernible with a DC 15 Heal check).

You move warily through the woods, on the look out for giant spiders. It comes as no surprise when you spot a large arachnid 40 feet away to the right of the path.

The remains of a large spider decomposes in the brush at the side of the trail. PCs determine it is dead with a DC 10 Heal check, although its sudden appearance may precipitate combat before the party is aware of its condition. On examining the corpse, the adventurers discover it is just a husk—most of the meat has been consumed. PCs who exceed the Healcheck by 5 or more note that the devouring of the vermin occurred from within as if something exploded up out of the corpse. A DC 15 Knowledge (arcana) identifies the likely culprit as a spider eater.

While the PCs examine the remains, a pair of spiders drops down from the canopy 30 feet above (Spot/Perception DC 22 to act in the surprise round).

Scaling the Encounter For APL 5 parties add a third large monstrous spider to the encounter (3.5) or use the black widow statistics for both arachnids (Pathfinder).

Development: A second threat follows close on the heels of the first. Read the following:

The rustling of the leaves above becomes more violent…
Next Time: Gopcheck and his mates have no time for breath after killing some huge spiders—death from above still pursues them!