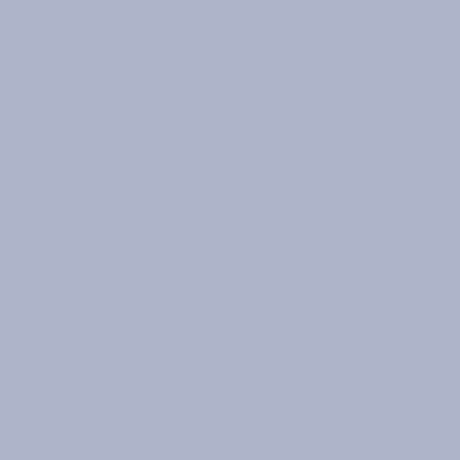 DESCRIPTION
This pale golden ring is crowned with a large oval cabochon of bluish-black opal. The large gemstone’s surface is wrought with dozens of tiny silvery inclusions that cause the surface to appear like the star-filled night sky.

These inclusions actually shift at a very slow rate, and accurately mimic the alignment of stars in the sky above, with the top of the stone representing the northernmost horizon and the pinnacle of the cabochon representing the apex of the night sky (stars only—no other celestial bodies are represented upon the cabochon.)
The magic of the ring is associated with the constellations that come into zenith in the night sky, of which there are twelve.
This item’s function as described assumes that the campaign setting has a 12-month cyclical calendar which allows for a repeating cycle of constellation apexes; at least one for each month. The ring may need to be modified to fit your particular campaign setting if this is not the case, or if your campaign setting already has established constellations in the night sky that differ from the list herein.

HISTORY
A character that makes a Knowledge (arcana) check identifies important historic information about The Ring of Shifting Stars:
DC 20     Rings of this sort have been documented, though only rarely. They are said to have originated with a mysterious order of wizards known as the Sideribus Volunt.
DC 25     The teachings of the Sideribus Volunt focused on the position and motion of celestial bodies, especially the stars and how they affect arcane magic. The little-known history of the order tells that rings such as this one were bestowed upon students when they completed the core of their studies.
DC 30     A few esoteric tomes have noted that the rings are known as stellapetram or, “stones of stars”. They were used by the Sideribus Volunt as a means of identifying one another as well as tools to aid in astrological arcana research.
DC 35     The Sideribus Volunt were more than just a meddling order of wizards. Some arcane scholars suggest that they actually discovered the most pristine form of arcane magic—a power that surpassed the knowledge of all other arcane schools.
DC 40     Legend recounts that the Sideribus Volunt ascended into the heavens, taking all other traces of their knowledge with them, leaving the world behind to wander among the stars. The very few stellapetram, being among the few remnants of the ancient order, are highly prized by arcane researchers and learned artifact collectors.

DESTRUCTION
The ring’s power, directly linked to the stars in the heavens, cannot exist anywhere except on the Prime Material Plane. If at any time The Ring of Shifting Stars travels to another plane, its powers become forever nullified, its inclusions stop shifting, and it becomes nothing more than a fine art item: a gold-banded blue-black opal ring with a value of 350 gp. This stipulation does not include non-dimensional or extradimensional spaces as created by magic items such as a bag of holding or portable hole.

Additional Information
Below are detailed descriptions of the twelve constellations that are represented by The Ring of Shifting Stars:
The Gryphon—Seven stars represent the Gryphon constellation. One for each leg, the tail, the beak, and one bluish in hue (and much brighter than the others) serves as a glimmering eye.
The Hammer—This constellation is represented by five stars that form the T-shape of a hammer. The two stars that make the opposing heads of the constellation gleam many times brighter than the three that compose its shaft.
The Great Eye—Six faint stars form this constellation, arranged in a loosely almond-shaped oval with a seventh exceedingly bright, red-hued star positioned in its center.
The Tower—Five glimmering stars make the narrow triangular shape that composes the Tower constellation. The top star, forming the point of the acute angle, gleams bright white and is the brightest star visible in the night sky.
The Whale—Four bright stars make up the body of the Whale constellation, with a fifth, dimmer and offset star attributing its tailfin.
The Merchant—The most complex of the constellations, the Merchant consists of twelve stars of varying magnitudes. Together they form the shape of a merchant’s sailing ship with the brightest of the dozen positioned in the center of the vessel’s mast.
The Knight—The Knight constellation consists of ten stars, the brightest of which serves as the “head” with the other nine falling loosely into the shape of a sword-wielding man.
The Queen—The constellation of the Queen is visually composed of seven bright, tightly clustered stars that loosely form the tines of a crown. Depending on location and/or current ruler, this constellation is also sometimes referred to as “The King”.
The Harp—The Harp is a simple constellation of three stars that form a V-shape. In the night sky, a faint silvery nebula ripples between the highest and lowest points forming the strings of the instrument.
The Gate—Nine yellow-hued stars form the shape of an arch in the constellation of the Gate. The star forming the top of the arch gleams slightly brighter than the others.
The Serpent—A single star forms the Serpent constellation. It is greenish in hue, and very faint, often overlooked in the sea of stars in the heavens.
The Horseman—The constellation of the Horseman is composed of five bright stars. Four create a vaguely trapezoid shape that represents the body of a horse; the fifth star, above the others, serves as the head of the beasts’ rider.

[All of today’s content (artwork and writing!) was submitted by Justin Andrew Mason!]

1 thought on “The Ring of Shifting Stars”