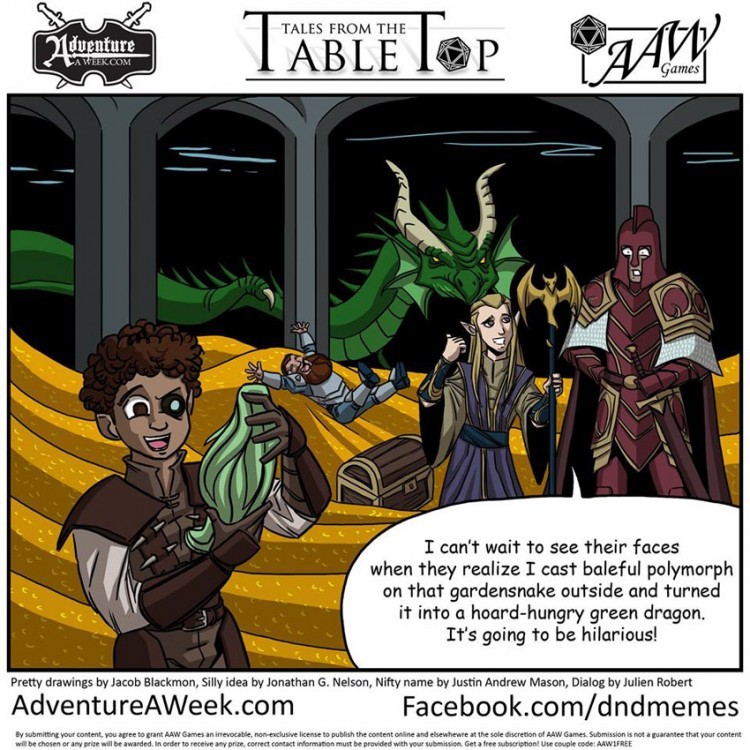 Tales from the Tabletop #27 - Winning Caption: I can't wait to see their faces when they realize I cast baleful polymorph on that gardensnake outside and turned it into a hoard-hungry green dragon. It's going to be hilarious! ~ Julien Robert

Read other funny caption entries for this comic here!
Or, check out Tales from the Tabletop™ #28 here!