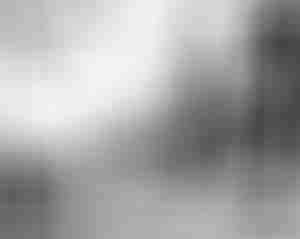 Destiny Derailed is an adventure that incorporates entities and organizations that have far reaching influence, often even reaching outside of the Pradjan setting. This describes one of the organizations, the Pacific Northern Express Railroad and its associated companies.

Civilization is separated by vast, frozen, empty spaces in Pradjna. From the centers of learning, high in the mountains to the gnome centers of industry, travel throughout the frontier region is hindered by weather and vast distances. With that in mind, the powers that be decided to connect Pradjna via a railroad powered by alligotonium. In several sections companies are competing for the contracts to build and operate the railroads by seeing who can most efficiently lay rail—these are lucrative contracts, as the breadth of the construction itself is expected to take longer than a decade.
There are  more than a dozen railroad companies operating in the various locations in Pradjna. PNE is just one, but each company has its own investors, backers and enemies. Crossing one company or openly aiding one may draw the ire of another company, or it may draw employment offers, if the PCs gain notoriety.

The owners of Samsara Mining Conglomerate (SMC) decided to throw their hat in the ring; as one of the largest suppliers of alligotonium, they decided to go after the route between Samsara and Brahman. By controlling the cost and distribution of the precious resource, the profits and power derived from this has the potential to be truly immense. However, running and building a railroad comes with significant risks and being entirely gnomish owned, they would not get favor from the human parts of Pradjna. From this, the Pradjna Northern Express Railroad (PNE) was created, acquiring several prominent investors (both gnomes and humans from across the country) and appointing Hans “Boss” Myers as head of the company, with Borys “The Timerian” as head of operations. Several of the investors are large purchasers of natural materials from SMC; in exchange for their investment, they have been given preferential trade contracts.
Even though these events are centered in Pradjna, SMC and some of the other companies operate in other parts of Aventyr. It is quite possible that the PCs may interact with agents of these companies in the other countries. Their actions will influence these agents’ reactions. Should the party leave the employ of PNE in good standing, they will be given a letter of reference, which can be used to seek employment or even gain aid from these companies wherever they may be.

PNE has surprised many in the early going—most expected them to fail as the route chosen for them, although shorter, traverses treacherous terrain where construction was expected to be slow and difficult. However, drawing on their vast mining experience, PNE deployed far more goblins, orcs, and hobgoblins as laborers than their counterparts, and reassigned security from their mining operations (who were already familiar with handling the goblinoids). Given that the goblinoids are a renewable resource, they are worked very hard, with the occasional uprising or strike being put down swiftly.
Good-aligned characters walk a fine line here. While the goblinoids are not inherently good, they are not outright evil and generally do not pose a threat here. If the goblinoids gripes are valid, and Borys’ response excessive, this should cause issues for these PCs. While the PCs will generally be powerless to stop or deter action once started, once they have gained Borys’ trust, they can persuade him to take other courses of action.

One of the larger investors in PNE is a company based in Brahman called Sverge. They handle—under contract—many of the administrative duties that the gnomes perform for the Pradjnan government. As an investor they tend to look the other way, leaving PNE alone on the tundra to make and enforce their own rules as they see fit.
A letter of reference from PNE can be used as a +5 circumstance bonus to any Diplomacy check with any interactions with the Pradjnan government.

Another investor, Pradjnan Press, is the largest distributor of printed materials on the frontier, including most major newspapers. They also own several of the larger libraries, and as such, are looked upon by the public with goodwill. As a major investor, any stories that would show PNE in a bad light are not in their best interests to share with the public at large, and never make it to press.
The PCs can make a little money by selling their stories to the Pradjnan Press, even going to so far as to create dime-store novel heroes of the party, which will increase their fame by 10 points within the entire country of Pradjna. Each story sold nets the party 100 x fame gp.

Steamtown is thus subject to its own laws and enforcement. Free from scrutiny, they can operate as they please—however, there is a group that holds a grudge and does not answer to the Pradjan authorities. They are biding their time as, out on the tundra, Steamtown is open and vulnerable.