Every week you get an amazing adventure filled with incredible illustrations and jaw-dropping cartography, as well as access to an entire website filled with everything one could ever want or need.  Ever wonder who works here and how they do this week in and week out?  Well now you’ll finally be getting some answers.  Each week we’ll be interviewing a member of the Adventureaweek.com crew to see how every week they pull off what others have called “impossible”.

Joshua Gullion is a member of the Adventureaweek crew as well as an avid RPG reviewer as Ktfish7 on numerous sites including Paizo, NERD TREK, and DriveThruRPG.

Hello Joshua, how are you this fine evening?

Hello Jonathan, I’m doing good.  How about yourself?

Excellent, although my ogre miniature was a bit out of control on Google Hangouts today… enough about me…

Please tell us a little about yourself and what you do at Adventureaweek.com.

Well, I’m your atypical gamer, I got hooked on funny shaped dice as a kid and never really shook the habit, lol.  I believe my technical title around the AdventureaWeek.com camp is “That crazy insomniac who builds the PDFs”…but don’t quote me on that…

What creative project are you working on right now?

Hmmm….right now…currently, in between PDF builds and the occasional review I am working on….I have two adventures both in a raw stage at this point that silently scream at me from time to time demanding my attention.  I also sparked a thought for a third adventure to add to the mix last night, but that is still very much a raw idea, with the introduction of a new golem creation amongst other things.

The Adventureaweek Campaign Setting is growing!  Tell us what part of the world you’re working on and what treats are in store for our members.  We’ve been hearing rumors about Were-Jaguars…  😉  Droooool… 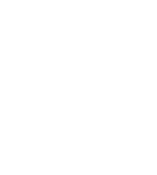 NaeraCull combines many influences of Aztec inspired fantasy with the classic feel of the jungles and rain forests of old.  Dark dangerous truly ALIVE places…the type of lands where even the plants will eat you.  Where the drums of various tribes will haunt the winds while things moving just outside of sight will hunt you until you can run no further.  Populated with a people who never walked away from the older Gods, and the worship of the spirits of the land, the indigenous people of NaeraCull share a special relationship with both animal and fey in many areas of their jungle.

Living just outside of the treeline, for the most part, are a completely opposite people.  The Wandering Nation settled here in an accordance with an agreement between their leaders, and those of the indigenous tribesmen.  Creating a perfect buffer between the secrets of the jungle and the outside world, the Wandering Nation were granted a home in return for functioning as the first line of defense for the jungle itself, and the way of life that still exists under the dark of the canopy. 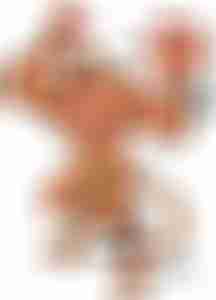 There’s so much more to be said, but it is early yet, and I don’t want to give away too much…lol   I will however answer in regards to the were-jaguar.  Deeply rooted into NaeraCull mythology and belief is that Jaqua, Mother of the Hunt, blesses her faithful with the glory and power of a true predator.  Lycanthropy is not seen as a disease to the tribes of NaeraCull, but rather a gift of faith.  Not all who contract the disease survive its incubation, but those who do are revered as blessed, and typically rise to the status of legend amongst their people.  Oddly, within these lands, few who undergo and survive the change lose their mental attachments to those they know, nor does their intellect diminish.  In short, unless the change goes bad, rarely does a were-jaguar turn on their tribesmen.

The were-jaguar play heavily in the first adventure for the lands of NaeraCull, planned to be finished soon and released soon after…with plans to make the race available as a PC option as well.

What would you tell folks who are sitting on the fence, wondering if they should subscribe to Adventureaweek.com or not?

One of the coolest features of the subscription service is in fact the value in my opinion.  Subscribing for a year gets you a solid 52 adventures, for under a hundred.  With a site packed with lots of crazy extras – a soundboard for effects, map tiles, NPCs, spells, Hero Lab files, player maps, VTT maps…etc. 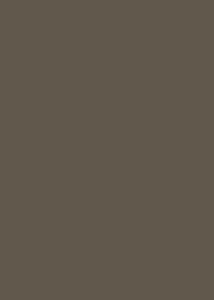 Folks, the bottom line is, we started this idea with an insane notion.  Releasing an adventure every week defies all logic, and yet we do it.  With high quality maps, fresh innovative ideas, and solid writing.  Our reviews tend to speak very highly of us, and we are only getting started.  As a company we are looking six months down the road, 12 months down the road, 5 years…we’re not going anywhere.  We like what we do, and coming to work when you work with a group of amazing fellow passionate gamers is one of the best feelings you can ask for.  I appreciate each and every one of the guys I have come to know as my fellow RPG Bootcampers. You all RAWK!  I appreciate each and every person who has ever taken the time to even look at one of our PDFs, whether you subscribed to it, bought it, got it as a freebie or freaking stole it…I appreciate you all.  By taking the time to look at what we are doing, you gave us the chance to convince you to come back for the next PDF, and the next.  Without you all believing enough in the worth of the product, we wouldn’t be on this roller coaster ride, and I wouldn’t have met a great deal of the folks I have gotten to know.  So to all of you, those who make it possible for us to do what we do…Thank You!!!!

Thanks for talking with us tonight Joshua!