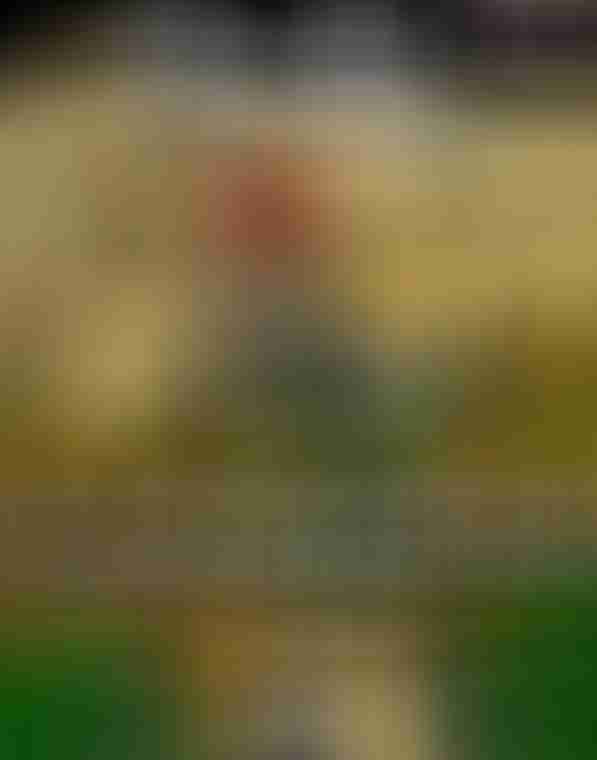 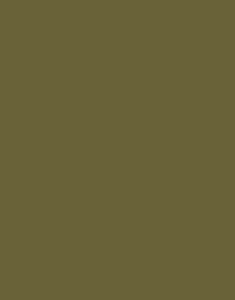 1. Why should I read Ironwall Gap Must Hold?

Because instead of a traditional trip into a dungeon to find treasure, or a mystery to stop a deranged killer in town, the PCs find themselves in charge of an entire fort, which they have to lead to victory against an army that vastly outnumbers them (using the new mass combat rules in Paizo’s Ultimate Campaign sourcebook). Also, orcs shouldn’t be low-level fodder and in this adventure, they’re a deadly, overwhelming force arrayed against the PCs.

Unlike most adventures, the PCs aren’t primarily going out adventuring or solving a mystery. Instead, they’re playing the role of defenders of the “dungeon,” giving an experience unlike most modules. It gives them the chance to turn the tables on the monsters, setting up traps and defenses and letting the threats fight their way to them.

3. What neat stuff is in Ironwall Gap Must Hold?

Catapults! An orc horde! a 30-foot-tall new monster! A fully fleshed out mountain pass fortress! A new magic item that can turn your enemies against each other (or do the same to the PCs, in the hands of a cruel GM)! Plus, lots of use of the new mass combat rules in Paizo’s “Ultimate Campaign” sourcebook!

4. Which part of Ironwall Gap Must Hold was the most fun to design?

I really enjoyed devising the orcs’ tactics for assaulting the fort, especially with the way they interact with the mass combat rules. The orc horde certainly rushes forward in all-out attempts to take the wall by sheer force, but the enemy is smart enough to use subterfuge too. If the PCs aren’t ready, plenty of dire consequences wait for them, and they could soon find their forces routed and orcs pouring through the gap. 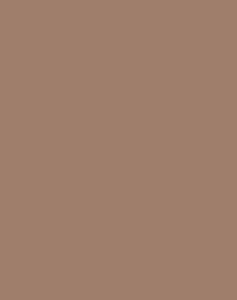 5. Is there a specific part of Ironwall Gap Must Hold that you identify as your favorite?

I feel like that’s equivalent to asking if a specific part of my dog is my favorite. I love all of her (the dog) and it (the module)! More seriously, I think I’m most pleased with the role-playing aspects. There are a lot of difficulties that can be solved through role-playing and fully fleshed-out NPCs, both as allies and adversaries, to interact with. I like that the NPCs have their own stories going on, which inform and shape their roles in the adventure.

6. What kind of gameplay was the focus for Ironwall Gap Must Hold?

I don’t focus on a specific type of gameplay, as I think a good adventure should have elements of everything. In addition to the previously mentioned role-playing possibilities, there are a couple mysteries to solve, some sandbox-style exploration, a variety of monsters to fight, and mass combats where you must lead your small garrison against the massive horde of orcs.

7. Did you have any inspiration for Ironwall Gap Must Hold?

One of my favorite memories as a younger player was our party having to retreat to a house deep in the woods and set up traps as we prepared for a coming enemy. I no longer recall why we couldn’t keep running, but I had so much fun digging our own spiked pits and getting to play “defense.” Ironwall Gap is intended to do that, albeit on a larger scale. It also takes inspiration from any number of siege stories/seemingly hopeless battles, particularly Jim Butcher’s “Cursor’s Fury” and the battle of Helm’s Deep from Peter Jackson’s movie adaption of “Lord of the Rings.”

8. If any theme dominated Ironwall Gap Must Hold, what would it be?

Holding out against overwhelming odds, with hundreds of lives depending on your actions. This is a fight not for treasure or secrets, but survival. 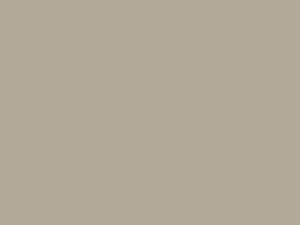 9. Are there any particularly interesting monsters or NPCs in Ironwall Gap Must Hold?

The PCs get to know several interesting NPCs in the fort. With a hundred soldiers under incredible pressure, not all of them react well to the situation and some are even partly responsible for the chaos in the garrison. PCs also get a chance to meet at least one of the orc leaders, putting a personal face on the enemy. Finally, a throckha — a new, Colossal beast with the ability to smash through stone and metal — will test the very limits of the fort’s defenses and the PCs’ own mettle.

10. What part of Ironwall Gap Must Hold did your playtesters enjoy most?

They really enjoyed the basic setup itself of the module, with themselves being put in charge of this border fortress and having to lead a garrison against a vastly larger force.

11. Is there a specific scenario in Ironwall Gap Must Hold that is going to stick with me?

I think the climactic battle should be a good challenge, with several different enemies harrying the PCs. Another scene, sort of a “charge of the light brigade” action — which ironically only happens if the PCs fail in their attempts to avert it — really grew on me through development of the module. I’m excited to hear about players’ experiences as they’re forced to abandon the protection of the fort’s walls to rescue some of their soldiers from disaster.

12. In one sentence, what can I expect from Ironwall Gap Must Hold?

A thrilling, non-traditional adventure pitting the PCs into a desperate, last stand against the forces of evil, chaos and destruction.

Jacob W. Michaels’ earliest memories of gaming are from 30 years ago, when he was introduced to Advanced Dungeons and Dragons in the third grade, filling in blue dice with a marking crayon before looking for laser guns in Expedition to the Barrier Peaks. Since then, he’s played and run countless games, enjoying Champions, Shadowrun, Toon, Gamma World, Battletech, TMNT, Torg, Talislanta, Marvel Super Heroes, Vampire: The Masquerade and even several home-made games, but always coming back to the sword and sorcery genre: Dungeons & Dragons for many years and more recently Pathfinder.

His beginning steps in designing games for a wider audience than the friends in his gaming group came at the end of 2011, when he decided to throw his hat in the ring for Paizo’s RPG Superstar 2012 contest. His haunting glass was a popular choice among the judges and his second-round entry, the Unfettered, garnered popular acclaim during public voting. (His Round 3 monster won’t be mentioned here, as he’s still trying to live it down.) He’s incredibly excited to have his first module, Ironwall Gap Must Hold, published with Adventureaweek.com.

When he’s not gaming, Jacob’s a newspaper copy editor in eastern Pennsylvania. He lives with his faithful hound, Holiday, who hasn’t inherited his interest in gaming, but enjoys when her dog friends come over during games. His parents and younger sister have always been supportive of his hobby since his earliest days playing in New Hampshire, and he appreciates his girlfriend’s encouragement, even if her reaction to watching her first (and only) gaming session was “there are some things you can never unsee.” 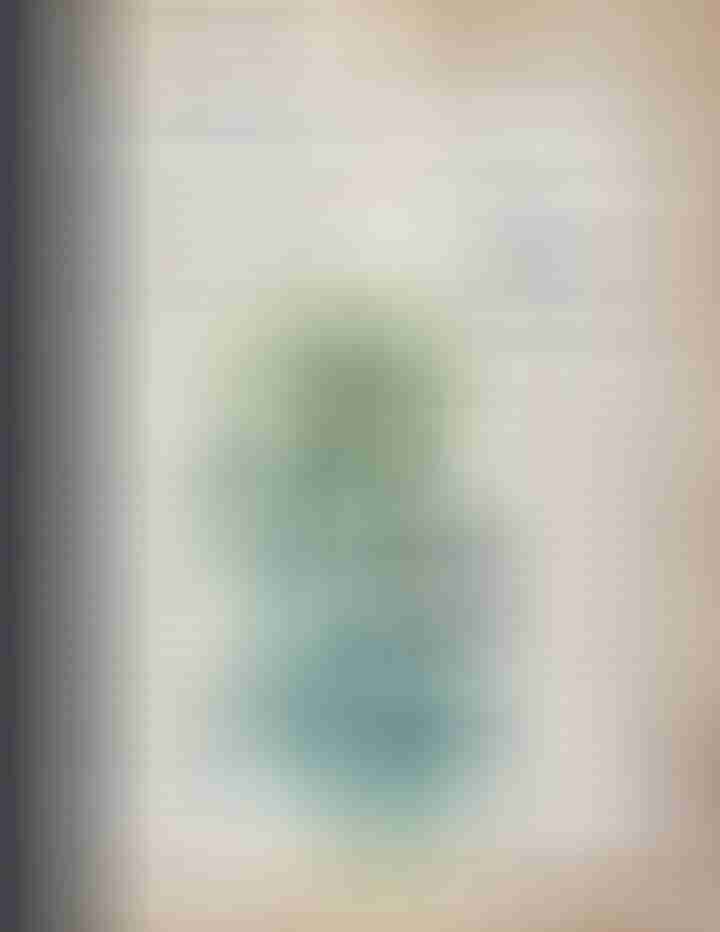 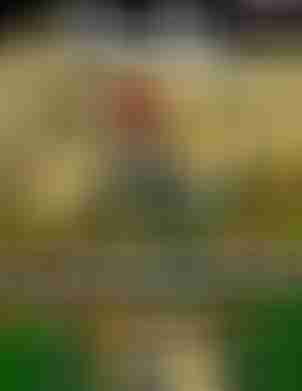 The five finalists for the PATHMASTER Adventure Writing Contest have completed their adventures!  The second of these adventures, Ironwall Gap Must Hold by Jacob Michaels has just been released in PDF and is scheduled for PRINT sometime next week!

Welcome to the 2013 PATHMASTER Adventure Writing Contest!  By purchasing and voting on these adventures, you help decide the fate of these valiant new game designers!

Your rating helps decide the winner!

The adventure scoring the best “verified owner” ratings/reviews will be declared grand prize winner and the author hired to write a 6 part adventure path published in PDF and PRINT by Adventureaweek.com.  In addition, the grand prize winner will also receive a free one year subscription to Adventureaweek.com, a limited edition village of Rybalka print autographed by AaW founders Todd Gamble and Jonathan Nelson, as well as a print copy of “BASIC1: A Learning Time” autographed by author Kevin Mickelson (Mask of Death).

Special Note: Anyone may rate an adventure, but for your rating to count you must purchase and read this adventure first!  Those who have purchased and rated (and/or reviewed) the adventure will receive a special “verified owner” next to their rating guaranteeing that their rating will be counted!