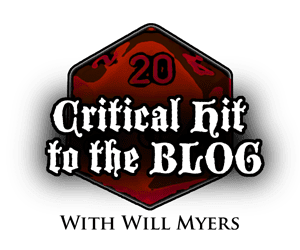 Stuck in the Middle With You:

Neutral characters do not care about law or chaos.  True Neutral characters favor none of the alignment components over the other.  Some will do what they think is a good idea at the time while others will work toward maintaining a balance between Law and Chaos or Good and Evil.

In today’s Critical Hit to the Blog, I’m going to look at the three Neutral alignments (True Neutral, Neutral Good, and Neutral Evil) and gives some tips for players and DMs on how to play or play against that alignment.

They're neutral, but still have knives. And tasty cheese.

True Neutral characters are undecided.  They don’t favor one side of any particular alignment axis over the other, though they do tend to think that good is better than evil, but don’t have a commitment to upholding good over evil.  These are the characters that do what they think is a good idea.  Going back to out “old lady crossing the street” metaphor, the True Neutral character is most likely going to abstain completely and let the old lady make her own way across the street.

For the player, there are two main philosophies when it comes to playing a TN character.  The first way is that they are unmotivated by moral quandaries and simply do what they think is a good idea.  If they have a friend who is going a’ questing, they might tag along.  Not because they feel the compunction to or that they’re worried about their friend, but maybe they’re bored and a quest seem like it would be fun.

The other main philosophy is that the TN character can commit themselves to the idea of neutrality.  They advocate that the ideas of good and evil and law and order are extremes that are best to be avoided.  I’ve seen this role-played as pacifism, but not for the sake of good, but for the avoidance of damage to the character.  He focused on high armor class, he took the Improved Shield Bash feat, and took the -4 penalty on attack rolls to do non-lethal damage.  His basic role was to occupy one enemy while the rest of the party turned the rest into mulch.

For the DM, True Neutral characters can be hard to role-play against.  The normal motivations of a heroic character, like good over evil or rescuing the distressed damsel, aren’t going to have the same kind of push for the character that a Lawful or Good character would have.  One thing you can try is to make whatever you situation is strike close to home for the TN character.  They may not value good over evil necessarily, but if something becomes personal, the TN character may value vengeance over everything else.  This becomes a matter that goes above right and wrong, good and evil.  When the character realizes they can’t take on the Evil Warlord/Sorcerer/Crime Boss, they decide to get help in the form of the PCs.

Does good because doing good is good.

Neutral Good characters are devoted to helping others.  They work toward helping the greatest number of people they can, without bias for or against the order or the realm.  These are the people who help the old lady across the street when she’s ready to cross, regardless of what the sign says.  The NG character isn’t stupid, though.  They won’t walk out into traffic because the little old lady says she’s ready to go.

As a player, Neutral Good is for a character that wants to excel as helping other people.  NG deities often have Protection or Healing in their portfolios, so Clerics of those deities tend to focus on those aspects of the deity.  In role-playing situations, the NG character will champion a course of action, whether that’s combat-related or diplomatic relations, which will help the greatest number of people and then will try to find a way to include those not covered by the plan and help them as well.

As a DM, the name of the game here is to play against the NG character’s course of trying to help the most people.  A hostage situation is the first thing to come to mind.  The NG character will want to help as many of the hostages as possible, so they will want to give into the hostage taker’s demands, no matter how preposterous.  Lawful characters will want to handle the matter according to the letter of the law and Chaotic characters may want to just charge right in with crossbows blazing.  The Neutral Good character may try to get everyone on the same page so that none of the hostages are harmed.

Here's a cute puppy to distract you from the evil.

Neutral Evil characters are evil without variation and without honor.  These characters will do whatever they can and they have no remorse for any of the evil things that they do.  These people would steal the old lady’s wallet and then shove her into traffic while they run away.

For a player, this character is a stone cold killer with no compunctions.  Some NE characters will perform evil deeds strictly to be evil.  This character could make quite a bit of money as a hired killer or thug, but they are perfectly happy to cause mayhem and kill for free.  The NE character may belong to a secret society, such as an assassin’s guild.

For a DM, it’s obvious this character isn’t really going to fit into your standard adventuring party.  To role-play with a NE character, you might want to set up a solo adventure and have the goal be an assassination, but have the character need to interact with intermediates in order to get the information they need to do the deed.  They may end up killing all of their contacts along the way, but they will make their way to their target eventually.  That allows you to role-play as the guild leader giving the kill order and all of the contacts, as well as the target.

Neutral Evil characters also work really well as NPCs, especially assassins or serial killers.  They can cause the party to be upset through their actions, making Lawful characters itch just that much more for capturing them.

So there you have the Neutral alignments.  Plenty of role-playing opportunities there.  Next week, I’ll be covering my favorite alignments, Chaotic.