This huge creature seems to be made of living flames, moving with an otherworldly grace for a being so enormous, and accompanied by a constant hissing and crackling. On certain parts of it the fire congeals to lava, cooling into wicked barbs and a semblance of a face—this process continues and as a result the spikes crumble and regrow in an eternal cycle. Its eyes are burning points of undiluted evil. 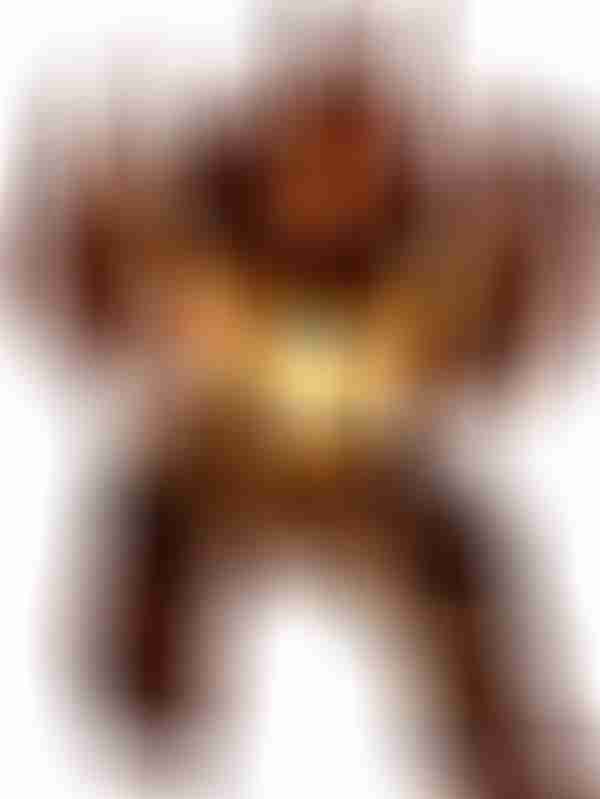 SPECIAL ABILITIES
Magma Form (Su) Up to 15 rounds a day, Magmos may take a standard action to change into a pool of magma and seep through cracks and seams. These rounds need not be consecutive but must be used in 5 round increments. If Magmos spends one round inside any object, he deals 13d6 of fire damage it (ignoring AC and hardness).
Lava Cone Breath (Su) Up to four times per day Magmos may breathe a cone of lava. The damage from this breath continues for 1d3 rounds after being affected by the lava cone, this additional damage is half of that dealt during the actual lava cone breath attack (5d6). Immunity or resistance to fire serves as an immunity or resistance to lava cone.
Searing Aura (Su) Magmos is made of living flame, and he exudes searing heat 10 feet out from his body in all directions. Any creature standing within 10 feet of Magmos is dealt 2d6 fire damage each round. Magmos can choose to suppress this aura as a free action; this is mostly done when he is serving on diplomatic missions for his mistress, the fire goddess.

Legends tell that in ancient times Verdonn Carthun was a warlord of great skill—he conquered countries, destroyed armies, and executed whole populations on great pyres as sacrifices to the fire goddess, in whose name he carried out his campaigns of genocide. One night after hours of drinking to celebrate a successful campaign with his trusted lieutenants, Carthun drunkenly slurred that he himself had put more people to the flame than the fire goddess. His commanders cheered, but the intoxicated exclamation traveled across the planes to the ear of the deity, as all mentions of her name does. The decision was made that Verdonn Carthun would pay for his pride, and with her volatile temper the punishment would be severe.

The next night the guards in Carthun’s army’s camp were horrified by screams coming from the tents of the lieutenants and Verdonn Carthun himself—entering the canvases, they were driven back by immense heat streaming from the openings though the tents themselves seemed untouched by the scorching air. The heat made it impossible to enter the tents for hours; their wizards were at a loss to quell the heat. As the sun rose in the sky, the heat finally subsided; when the guards entered they found only severely burnt carcasses, except in Carthun’s tent—here the ground had been turned to glass in the center, the reflective patch in a distinct human shape and beyond that no clue to be found of Verdonn Carthun.

Carthun was brought in front of the fire deity in burning chains, the mighty warlord pleading for mercy from his mistress, but the goddess condemned him to suffer in the lava pits. For a divine being it was merely the blink of an eye but for Verdonn Carthun, the suffering lasted centuries. When he was hoisted out, what remained was no longer human—instead he was reborn as Magmos, the Herald of Fire.

To this day Magmos journeys across the multiverse doing the bidding of his mistress. Wherever the fire goddess’ will needs to be carried out or her wrath needs to be manifested, Magmos does the execution of her orders. From volcanoes to forest fires (and any other fiery catastrophe), he can be found in the thick of it, using his skill as well as his hunger for destruction to ensure the death toll is maximized in tribute to his mistress.