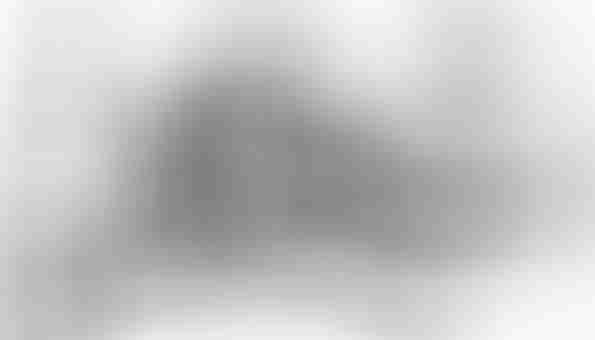 As the adventurers travel through a jungle, they enter a clearing and song of chirping wildlife is abruptly cut off. Read the following to the players when the party notices the ominous silence.

Suddenly a terrifying roar reverberates down from the woods ahead. Trees snap as something big makes its way toward you—a flock of birds take to the air from the trees, the bright colors reflecting from their feathers in stark contrast to the cacophony made by a roaring dinosaur bursting into view. The enormous reptilian beast charges forward on two powerful hind legs, roaring as it snaps its toothy salivating maw and barrels at you!

The allosaurus was searching the jungle prey for a juicy carcass when girallons decided to use it in their attack on the PCs. The many-armed primates pelted the dinosaur with rocks, driving it toward the party—after being goaded into a state of frenzy, the creature charges through the jungle and at the PCs. The girallons wants to use the reptile’s charge to bolster their own assault, hoping to bring back some prisoners to their high masters to be used as sacrifices in dark rites, or simply as slaves in the forgotten jungle ruins the girallons use as their base of operations in the area.

Girallon (3)     CR 6
XP 2,400
N large magical beast
Init +7; Senses darkvision 60 ft., low-light vision, tremorsense, Perception +11
DEFENSE
AC18, touch 12, flat-footed 15 (+3 Dex, +6 natural, -1 size)
hp 73
Fort +9, Reflex +8, Will +5
OFFENSE
Speed 40 ft., climb 40 ft.
Melee bite +10 (1d6+4), 4 claws +10 (1d4+4 plus rend)
Space 10 ft.;Reach 5 ft.
Special Attacks rend (4 claws 1d4+6)
STATISTICS
Base Atk +7; CMB +12; CMD 25
Str 19, Dex 17, Con 18, Int 2, Wis 12, Cha 7
Feats Improved Initiative, Iron Will, Skill Focus (Perception), Toughness
Skills Climb +14, Stealth +5
TACTICS
The girallons will let the allosaurus charge first and then follow right behind it. They follow their instincts and attack any strong-looking characters first. When the many-armed primates outnumber the survivors they grapple frail-looking characters to take as prisoners. They keep a distance from the allosaurus the entire time, as they do not want to end up in its jaws—clever PCs may realize that they are keen not to near the dinosaur and use this to their advantage. Should no characters survive, the girallons drag the party’s bodies back to their hideout.

AREA FEATURES
The medium undergrowth makes movement difficult—the allosaurus is an exception to this rule as the undergrowth is not strong enough to make difficulties for a creature of its size and strength.

SCALING THE ENCOUNTER
To modify this encounter, apply the following changes:
CR 9 (6,400 xp)
Remove one girallon from the encounter and apply the young simple template to the remaining two (-2 on all Dex based rolls, -2 on all other rolls, -14 hp).
CR 11 (12,800 xp)
Add the allosaurus’ mate for a total of two dinosaurs.