Between the Shoulder Blades: Sneak Attack!

Rogues are masters of stealth and deception, but one mechanic makes them stand out from other classes: sneak attack.  Under the right circumstances, a 3rd level Rogue will deal more damage than a 3rd level Barbarian who is in Rage. 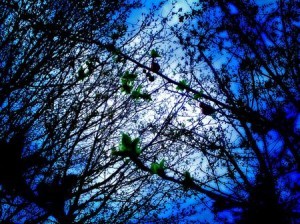 If you cannot see the ninjas, it's too late...

The best-case scenario is having surprise.  If the enemy doesn’t know you’re there, then they can’t defend themselves.  Sneak attacks can be used within 30 ft., so a Rogue, with their combination of sneakiness and accuracy with ranged weapons typically due to high Dexterity, can make at least one sneak attack with a crossbow or other ranged weapon before the target is able to use their Dexterity modifier again.  By using the Stealth skill, a Rogue should be able to get himself into a position to make one and possibly two sneak attacks before entering melee combat.

Once you are in melee combat, until you can flank an opponent, you won’t be able to get your sneak attack damage, unless an opponent is held.  In melee combat, using a ranged weapon incurs an attack of opportunity, so your best bet is to ditch the crossbow and draw your sword.  In melee, use your Acrobatics skill to tumble past defenders to get into flanking position.  You can also use the Ready action to tumble past an attacker. Assuming success, then you have now tumbled out of harm’s way and you can prepare yourself for getting into position.

The first is Shadow armor special ability.  The Shadow, Improved, and Greater Shadow special abilities increase your Stealth score by +5, + 10, and +15 respectively.

Next, there are potions.  Potions can be used to replicate any spell of up to 3rd level, so you have a lot of options on that front.  Aside from spells like darkness and invisibility, there are several options that you can use to get into sneak attack position.  Haste is a good choice, as well as expeditious retreat.  Both of those spells allow you to move faster than normal, which can help you get the positioning you want.  Ventriloquism and silent image can both distract an opponent, giving you the chance to put that arrow between their shoulders.  Cat’s grace increases your Dexterity by +4, which can’t be bad.  Pretty much any spell from the Illusion school can be really useful.  Scrolls are similar to potions, except that they can replicate any spell of up to 9th level, opening up your options ever further.

Next up are rings.  From the list presented in the Core Rulebook, there are five rings that can really useful to a Rogue looking to get in that extra shot: Ring of Blinking, Ring of Chameleon Power, Ring of Freedom of Movement and Ring of Invisibility.  The fifth is the Ring of Feather Falling.  You could use this ring to jump from a great height and float down to get the drop, literally, on your opponent.

Now we get into the good stuff: wondrous items.  Robe of blending.  Bag of tricks.  Boots of speed.  There are 300 items in the Core Rulebook and it’s easy enough to make more, with the help of your DM. 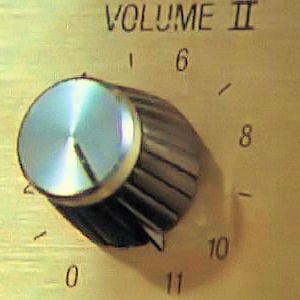 Once you’re in position to sneak attack someone, you need to make the shot count.  How do you do that?  Again, having a high Dexterity will help with your ranged attack roll and if you’ve taken the Weapon Finesse feat, it can also help you with your melee attack roll.  But wait, there’s more.

When it comes to weapon choices, it really depends on your class.  Obviously, you have to be a Rogue or some sort of Rogue variant to get the sneak attack ability, but multiclassing is not a bad way to go to amp up your sneak attack.  Barbarians, Fighters, and Rangers are all excellent classes for a Rogue to multiclass into.  All three classes give you access to martial weapons as a class feature at 1st level.  As funny as it sounds, that means you can now sneak attack with a greataxe or a halberd.  These three classes also have the fastest base attack progression, meaning that when you switch from one of them to Rogue, your base attack bonus won’t suffer much.

Barbarians also give you Rage and Fast Movement at 1st level, meaning that you move 10 feet faster per round than normal, giving you a greater movement range to work with, and Rage gives you a +4 bonus to Strength, meaning another +2 to damage with your sneak attack.  If you start out as a Barbarian, there aren’t many Rage Powers that will be useful at early levels for bolstering sneak attack.  The best rage power at 2nd level is Powerful Blow, which gives you a +1 to a single damage roll.  A 2nd level Barbarian/1st level Rogue with a Strength of 14 wielding a greataxe (1d12 damage) and using rage and Powerful Blow, would get a +6 to attack and their damage is 1d12+3 plus 1d6.  That gives you an average of 13 points of damage.

Fighter not only gives you access to martial weapons, but also a lot of bonus feats, if you stick with it for a few levels.  If you start with Fighter, I suggest going with five levels of Fighter before switching to Rogue.  That way, you will have gotten five feats (two regular, three Fighter bonus feats) as well as Weapon Training.  Weapon Training has you pick a weapon you have proficiency in, and gives you a +1 bonus to both attack and damage rolls with that weapon.  Because Fighters are so versatile thanks to their feats, you can create either a formidable melee Fighter or a ranged Fighter with deadly accuracy.  I would run the numbers on a Fighter/Rogue combo, but there are so many variables in terms of feats and whether the Fighter is focused on melee or ranged combat that I’m not sure it’s worth it.

Ranger is interesting to multiclass with a Rogue.  Both classes get a lot of skill points to use each level, but more importantly, Rangers get a combat style choice at 2nd level.  Starting at 2nd level, a Ranger must pick either archery or two-weapon fighting as their combat style.  Depending on which style you pick will determine what combat style bonus feats you’ll get.  You get a combat style feat at 2nd level and then every four levels after that.  Rangers also get a favored enemy at 1st level, which gives them a +2 bonus on Bluff, Knowledge, Perception, Sense Motive, and Survival checks against those enemies, but also a +2 to attack and damage rolls against those enemies.  So, a 2nd level Ranger/1st level Rogue with a Dexterity of 14, who is wielding a longbow (1d8 damage) against their favored enemy, having taken the archery combat style and gotten the Point Blank Shot feat, gets a +7 to attack and their damage is 1d8+3 plus 1d6.  That gives you an average of 11 points of damage for a sneak attack.

Spellcasting classes like Bard, Sorcerer or Wizard would give you access to spells like the ones I discussed above, but they have poor base attack progressions, which limits your effectiveness in sneak attacking.  They also have the lowest hit dice of the PC classes, which means you might be stuck with ranged fighting, even if you have a high Strength score.  Normally, you’d be playing party that would probably contain a spellcaster that would be willing to use those spells for you or if you don’t have a spellcaster, you can use potions, which don’t have a verbal component that might tip off your target to your location, thus denying you the sneak attack attempt.

Note:  There are other critical feats that you can take.  These do not increase the damage output of sneak attack or the critical itself, but you can possibly (among other conditions) stun, stagger, sicken, or tire a foe, making it harder for them to fight back

At lower levels, you might be able to buy or find a weapon that does extra damage, such as fire or cold.  Personally,  I prefer frost or shock because a fair number of monsters have resistance to fire or are immune to it.  If you can afford one of the burst weapons, I strongly suggest getting that.  Not only do you get the extra 1d6 of the energy type in question, but on a confirmed critical hit, in addition to that 1d6, you also get 1d10 of that same type of energy damage.

Remember: any additional damage you can do during sneak attack is a good thing.

So, there you have it.  Sneak attack explained and damage improved.  Hopefully this will give you some good ideas for your next Rogue character.