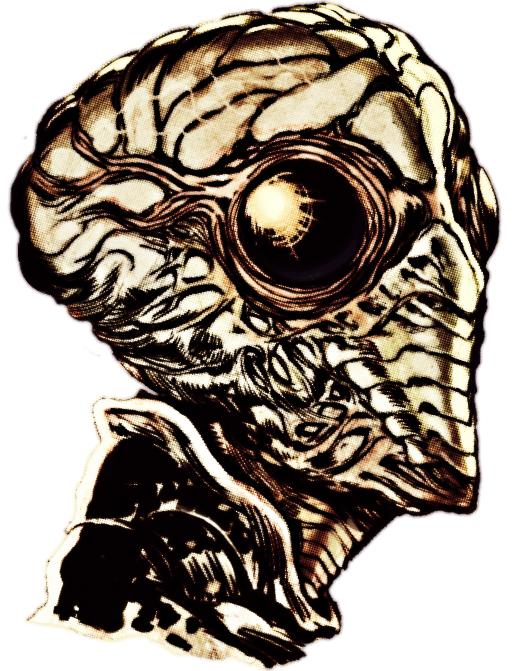 SPECIAL ABILITIES
Bulbous Eyes (Ex) Scowl has darkvision with a range of 60 ft. and low-light vision.
Fast Healing (Ex) Scowl has fast healing 5.
Fractured Mind (Ex) When Scowl fails a Will save he is confused for 1 round.
Increased Speed (Ex) Scowl's speed increases by 10 feet.
Rugged (Ex) Scowl has DR 5/—.