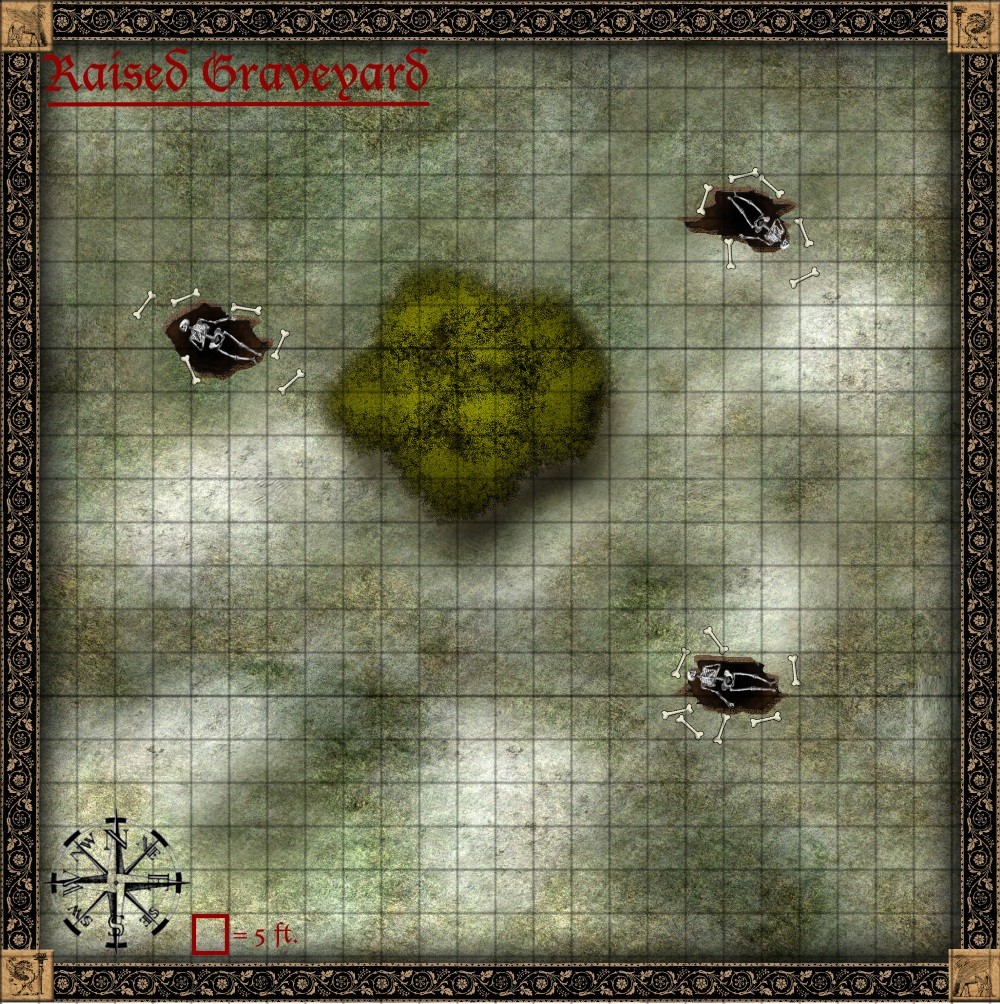 As dusk falls after the party continues north from battling the river beast, a heavy cloak of fog surrounds the PCs. The fog does not hinder them in any way, it just drifts along with them, an eerie but benign presence. A DC 23 Sense Motive check confirms any adventurer’s hunch that the fog is following them. If the party continues north (where the fog is least dense) they arrive at a raised graveyard and upon reaching the first clutter of bones, the fog rolls away to reveal a very large—clearly magical—moose.

A wispy voice from the moose utters, “I am your guide if you seek one; only those worthy can pass through the fog. I only take a small payment at the end of our tour.”

When the PCs ask specifics about the price the moose just snorts at them.

Parties that decline the creature’s offer cause it to walk off into the foggy graveyard, moving across the bone cluttered grounds and out of sight. Adventurers that move through the raised graveyard without the moose guiding them suffer a 20% chance every minute of 1d4+1 plague zombies rising up from the earth and after moving 20 feet into the area the fog becomes thicker, impeding sight as though a permanent obscuring mist covers the entirety of the raised graveyard.

At the end of the ordeal, outside of the fog, the party once more finds the moose standing there waiting for them.

A voice from around the strange beast bellows, “for treading on this land without permission I sentence you to death!” as the moose lowers its antlers and charges at you!

When the moose gets within melee range of the adventurers, the klavek fogwarden that has cunningly hid itself nearby this entire time reveals itself, activating its abilities and sticking close to the creature.

When the adventurers agree (without knowing the price) the moose waits for a moment before carefully leading the PCs across the graveyard, the mist ensconcing the four-legged beast but for the large part kept at bay by its presence. Accompanied by the creature removes any chance of the undead rising and prevents the mist from becoming thick enough to conceal anything.

At the end of the trek the moose snorts as a voice rumbles from nearby, “time for the payment: one small measly bit of life force. Who will offer it?”

The party can accept these terms by sacrificing one of themselves, an animal companion, a familiar, or an NPC they’ve brought along this far, but they must approach the moose and offer to take a permanent negative level willingly; after this happens the moose wanders off and the fog clears. PCs that refuse are charged by the moose, attacked by it and the hidden Klavek fogwarden [tomorrow's Statblock Sunday! -TS]. At the end of the battle the fog disappears and only the risen graveyard looms behind the party, Enixam further to the north awaiting their arrival.

There is a 20% chance the PCs encounter four regular zombies and an ogre zombie when they travel through the raised graveyard alone.