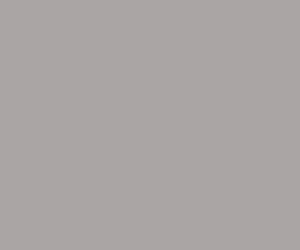 Playing by the Rules: Lawful Alignment

Alignment is the personal and philosophical positions of your character.  Some classes have specific alignment restrictions, such as Barbarians must be Chaotic and Monks must be Lawful.  The Paladin is probably the most obvious example, as all Paladins must be Lawful Good.  Devils (Baatezu) are always Lawful Evil and Demons (Tanar’ri) are always Chaotic Evil.

But what do these alignments mean for both players and DMs?  In today’s Critical Hit to the Blog, I’ll be looking at the three Lawful alignments and different interpretations of them for players and Dungeon Masters.

First off, let’s look at the five pieces of alignment: Good, Evil, Law, Chaos, and Neutrality.

Good characters have a respect for life and they make sacrifices to help others.  They help the poor and underprivileged.  These are the people that help old ladies across the street.

Evil characters have no respect for life, no compassion, and no qualms about using whatever means necessary to accomplish their goals.  They kidnap, torture, extort, and kill.  These people would help the old lady halfway across the street, steal her purse, push her down and laugh as she gets run over.

Lawful characters uphold law and order and can imply honor and reliability.  They follow the laws and rules of society and promote these regulations.  These people would help the old lady across the street, but only when the crossing signal says “Walk.”

Chaotic characters are all about freedom and flexibility from the rules.  They rebel against the rules and flaunt their freedom to those within the system.  They might or might not help the old lady across the street.  If they do, it will be against the signal and possibly through moving traffic.

Neutral characters are against the other four alignments.  While they may respect the law or the shelter that is providing food for the hungry, they feel no compulsion to help or harm the homeless and no reason to rebel against authority.  Neutral characters most likely wouldn’t help the old lady across the street but they wouldn’t do anything against her, either.

Now that we have some ground rules about alignment, let’s look at the Lawful alignments. 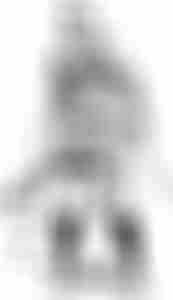 A Lawful Good person is a crusader.  They act like a good person is supposed to while combining that with a commitment to fight evil.  As I said earlier, the Paladin is the exemplar of Lawful Good.  They are kind and generous while still being able to go out and face evil head on.

As a player, Lawful good can be a good alignment to play if you want to play an honorable character that is also compassionate.  Because Lawful Good characters tend to belong to organizations, the player can have a place of like-minded characters to bond with and learn from.  The tough part about it can be making sure you stick by your own code of conduct to accomplish your goals.  Lawful Good characters generally belong to an organization, whether that’s political or religious, that upholds the ideals of being Lawful and Good and to veer away from those ideals can bring punishment or excommunication and if you’re a Paladin, it can cause the loss of your Paladin abilities until you can atone for your misdeeds.  This, however, can lead to excellent role-playing opportunities.  If you have to travel to a certain place to receive your atonement, whether that involves the atonement spell or not, explaining why you lose your abilities or why you’re being punished can bring forth a piece of character back story that the other characters can play off of.  For a Lawful Good Character, Charisma is a good ability score to focus on.  They are usually outgoing and interact with a lot of people, so a high Charisma score can make that easier.

As a DM, when a player has the Lawful Good alignment, you know they have a code they have to stick to.  Something you can do to foster role-playing is to put that character into a situation that goes against their code.  This makes the LG character have to reassess how to handle a particular encounter while remaining true to their ideals.  This may be using Diplomacy against a little girl that is possessed by a particularly powerful evil entity.  Or a serial killer is sending notes to the police through a series of criminals, where instead of locking those criminals up, the LG character must make use of these criminals to try to track down the killer.

One thing I’ve always liked the thought of is a Lawful Good character, especially a Paladin, coming up with a “hit list.”  The LG character makes notes of who he has had to compromise with to uphold the greater good and then, when that particular evil has been vanquished, he revisits these people and offers them a choice: redemption or punishment.  Again, good role-playing opportunities abound in these situations, not only between the LG character and their target, but also between the LG character and their group. 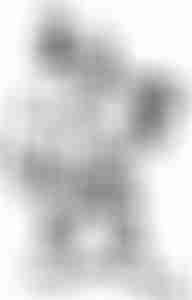 A Lawful Neutral character is honorable and trustworthy without becoming a zealot like the Lawful Good character can be.  LN characters are about order and organization without being required to heed the calls of the needy or being swayed by the calls of evil.

As a player, a Lawful Neutral character is focused on order and maintaining that order.  While this character doesn’t saddle up to go fight evil, they detest chaos and will put a stop to that with the means available to them.  This could be an incursion by demons or it could be a particularly chaotic protest by the masses.  Like the Lawful Good character, the LN character belongs to an organization and that organization has determined that the best society is an ordered society and they will do what they need to in order to preserve that order.  For a Lawful Neutral character, Wisdom is a good ability to focus on.  They make a lot of intuitive, on-the-fly decisions about what is best for order and the organization.

As a DM, a Lawful Neutral character could be put into situations where, like the Lawful Good character, the code and beliefs of the LN character are called into question.  If the LN character is in a situation where they have no contract with their home organization, such as being stuck in a dungeon or having been sent on a mission far from home, then this character may attempt to create rules so that they can have some sort of order to enforce.  How does the rest of the group, which may include some Neutral or Chaotic character, deal with this? 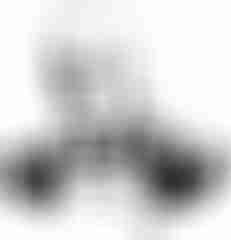 A Lawful Evil character is out to get whatever they can get but only within the rules of their own code or the regulations of the organization they work for without regards for whom they hurt.

As a player, a Lawful Evil character has to be devious and manipulative because they must work within the organization to get what they want.  LE characters are always plotting and planning, looking for weakness, and trying to exploit them by any means necessary…as long as the order remains.  For a Lawful Evil character, Intelligence is a good ability to focus on.  They need that Intelligence for making solid, long-term plans and knowing when to use they knowledge they’ve accumulated to their best advantage.

So, those are the Lawful alignments.  There are plenty of awesome role-playing opportunities with the Lawful characters, if they’re played well and played against well.  That’s it for this week.  Next week, I’ll be taking a look at the Neutral alignments.

Until then, be awesome to each other and good gaming.