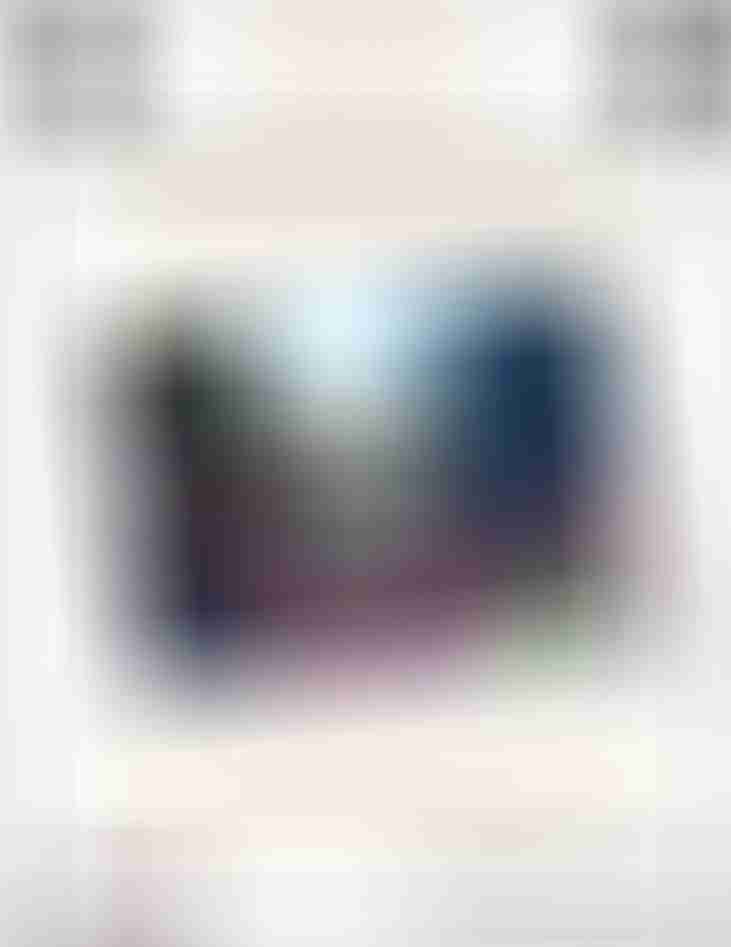 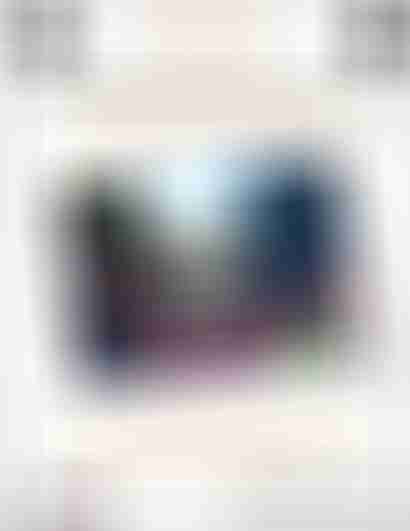 The latest module by 4 Dollar Dungeons and heir to the SUPERB “Horn of Geryon” is a whopping 70 pages long, 1 page front cover, 1 page editorial, 1 page SRD, leaving us with 67 pages of content, so let’s take a look, shall we?

This being an adventure-review, the following contains SPOILERS. Potential players should jump to the conclusion.

All right, still here? Adrift in the vastness of the astral plane, there is a demi-plane…or a fraction of a planet. Or a sentient construct – whatever its nature may be, it’s called Panataxia, it’s shaped like a dodecahedron (a D12) and its layout may feel like an underground dungeon/cavern crawl, but it is so much more than that. Panataxia phases throughout worlds, accumulating, whether by accident or design, a diverse set of specimens has accumulated in the tunnels and caverns that suffuse this weird place. Used as an oubliette for a succubus, the place swallows the PCs – and that’s about the only thing fixed herein. Panataxia is, genre-wise, the most pure example of an underground sandbox I’ve seen since Open Design’s closed “Empire of Ghouls”, but is not a simple regular underdarkish module with a sense of planar flair dumped in. As the extensive (very extensive!) DM-advice suggests, the sheer wonder of subterranean landscapes here is suffused with unique planar properties that work cohesively as one due to the unique nature of the environment.

Due to the strange layout of the environment Panataxia, orientation via north, compasses etc. tend to start becoming a bit problematic and the module does not fail to address concerns like this in the wake of preparing a DM for running this. Speaking of which – we also get a table with encounters, treasures and GP-values – all at the beck and call of your hand. I wish more publishers would include tables like this – it makes running the module much smoother.

Now, I’ve said that Panatxia is essentially shaped like a dodecahedron – that is not wholly precise, though – that’s the meta-array on how the encounters are situated herein. In reality, Panataxia is essentially a sphere with its core removed and a sphere in the center, composed of the solidified nature of all four elements. Now if your players have a scientific bent and tend to experiment (like mine are prone to do), peculiarities of the gravity of Panataxia and the fact that the PCs may actually walk round the whole place in a straight line are all covered – which is just not the extra mile as far as I’m concerned, but rather the extra marathon. And yes, you can ignore many of these miniscule pieces of information if your players don’t mind – but they are THERE. While this is still magic, of course, the theory behind this place is as stringently logical as possible – well as logical as a magic environment like this may get.

Now before you turn away, rest assured that these concepts are in no way dry or boring in any way – and the module supports perfectly “regular” play-styles as well, featuring tables for strange effects from damaging walls (including wall harness and HP) etc., wandering monsters etc. And all of this aforementioned information not even takes you past the first 9 pages – so should you choose to ignore all of this background, you still get a HUGE module for the price-point.

But let’s get into the module itself, shall we? Arriving in a cavern where the wind flutes through natural holes in the walls and a bat swarm looms, the PCs are faced with a relatively common cavern – so far, so common. Less common: Once a kingdom was determined by law and clock, by a means of indenture and slaving. When the clock (spot the less than subtle tongue-in-cheek subtext), said instrument of oppression, was destroyed, Panataxia took its detritus and so its chute, a ball and part of its weird mechanism still suffuses one cavern as perhaps one of the strangest combinations of foe and hazard I have ever seen. By the way, have I mentioned that the connecting passages that lead from location to location also get their own descriptive details that clever players can use to keep their bearings? Well, yeah, they’re there – I told you this was massively detailed, didn’t I?

Ever wanted to go full-blown Sméagol on your players? At the shores of an invisible lake (which comes with all necessary swim-checks, nice and collated in a box), the choker Philos would make for a glorious example of a roleplaying encounter that can go either way. As befitting of a planar prison like Panataxia, not all opposition should be considered for immediate execution by 2nd level characters: The PCs have a chance to save an Aeon Paracletus (who makes happy beeping noises if saved in addition to offering bonuses…) from a CR 9 fire elemental. Yes. CR 9. the one chance the players have here would be to properly use the map and tight spaces to escape from the elementals predation – VERY cool and potentially lethal if your players are stupid, but gloriously exciting as well and something almost never seen in gaming. Climbing down into a cavern of mist (which also hides a vampiric mist) may be cool – but what about a cavern with variable, increasing gravity and making the encounter with a shadow so much more lethal – and unique. What about a cavern that could have been taken from an active volcano? One where the character’s prowess is determined by mental attributes? What about a halfling-home (of the resident planar explorer/wizard) with a panorama-view of the astral? An arctic goblin druid? And then there’s the potential option of being tricked by afore-mentioned succubus into a conflict they can’t yet win – hopefully, the PCs are not that gullible.

Have I mentioned a swiss cheese-like cavern that is now the home of a gibbering mouther? Sandmen? We also get the Bestiary-appendix with read-aloud fluff, a list of all monster-rules used, reprints of all spells used, 6 (!!!) pages of hand-out art and there also are maps galore – each and every location herein has been provided in full color both for the DM and the players in separate pdfs included in the deal and this pdf also provides all of these maps as jpegs to print out/use with software.

Editing and formatting are top notch, I didn’t notice any glitches. Layout adheres to an easy-to-read two-column standard and the b/w-interior art fits thematically nice – especially for the price. The cartography is also good for the exceedingly low price-point and most importantly, covers each and every locale in detail. The pdf also comes fully bookmarked for your convenience and in two versions – with one being optimized for US-paper-standard and one for A4-standard for Europeans like yours truly – awesome!

“The Horn of Geryon” was a surprise beyond belief for me – a superb, awesome wilderness module if there ever was one – but it could have been a one-of-a-kind phenomenon. Let’s get this straight out of the way – it wasn’t. Much like it, Panataxia oozes old-school flavor in all the right ways – this is wonder. This is weirdness. This module is players looking with a mix of puzzlement and horror at your screen, not knowing what is going on, sensing the unknown and embarking, wild-eyed on an adventure they can’t predict. Beyond even that, Panataxia is HUGE and the text for even connecting tunnels makes this simply glorious. With the archwizard, DMs still have a tool to guide players and lethal encounters are mixed with a spelunking-style that hearkens back in detail as well as in at times unobtrusive tongue-in-cheek humor and in sense of wonder to the Dungeoneer’s Survival Guide of old, one of the best books ever released on that topic.

Richard Develyn. Remember this name. Managing to create one superb module is a fortunate occurrence. Actually surpassing it in the next offering is a trend. Managing to capture the essence of what planar adventuring is about, this module ranks among the best planar modules out there – unique, innovative, wondrous places, cool NPCs/monsters, superb terrain hazards – there is NOTHING about this pdf I could complain about. Let me spell it out – with this, Richard Develyn has reached a point where the environment created is on par with the iconic, legendary writing of Greg A. Vaughan. Let that soak in.

And then, there’s the price-point. 4 bucks. 4 friggin’ bucks. This is a joke. Seriously, I guarantee you won’t find a better bang-for-buck ratio anywhere. Panataxia not only should be considered a stellar module that fits into EVERY campaign, it should be considered a hallmark -I couldn’t for the life of me name any 2nd level stand-alone PFRPG-module on par with this one. Not ONE. Mind you, players will need both brains and brawns to survive this place, but I also guarantee that they will be talking about this weird place for years to come. This module BLEW ME AWAY. Whether for groups preferring a hack-and-slay-style or for those endeavoring to identify and codify environments and delve deep immersion-wise into a given environment, Panataxia delivers in unprecedented level of detail without losing its easy accessibility.

Seriously – get this if wondrous locales and inspired old-schoolish adventuring or excellent sandboxes to develop and play in even remotely interest you. I am thoroughly impressed and delighted by this module – it stands out among all of its competitors and should be considered an absolute must-buy. With this module, 4 Dollar Dungeons has the second module in my list of candidates for the Top Ten of 2013. If it were possible, I’d rate this 6 stars – and since I can’t, I’ll instead settle on 5 stars + seal of approval.

You can get this awesome module here on d20pfsrd.com’s shop!