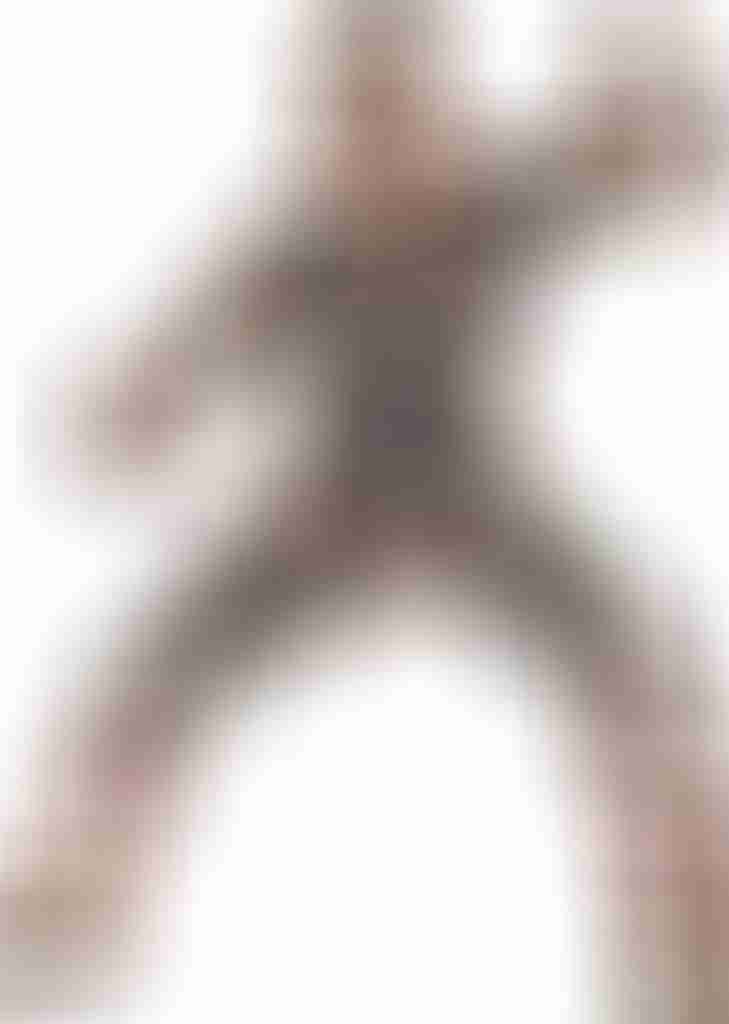 A vaguely humanoid form towers above you, its shimmering features impossible to discern but its posture clearly aggressive. Kaleidoscopic displays of light play across its body, making you wonder if it just an illusion or something more.

SPECIAL ABILITIES
Figmentary (Su) The opsjena is a magical monster wrought through ancient arcane rituals and not truly corporeal. When a creature first sees an opsjena they receive a DC 22 Will save to realize there’s something strange about the opsjena’s form (as though part of it existed only within the minds of those that look on it) and treat the opsjena as if it did not have the incorporeal subtype.
Every time that a creature is dealt damage by an opsjena or successfully hits an opsjena with a melee attack, ranged attack, special attack, spell, or spell-like ability, another DC 22 Will save is triggered; on a failure their next attack against the opsjena treats the creature normally (meaning that its incorporeal subtype is in effect), triggering another DC 22 Will save.
In effect, any direct interaction with the opsjena triggers a Will save, whether this is initiated by the creature or not. It is a free action to voluntarily fail the Will save.
Each creature that comes to believe an opsjena to be real (meaning they failed the Will save and treat it without the incorporeal subtype) grants it 2 temporary hit points (up to a value equal to its maximum normal hp) and a cumulative +1 luck bonus to attack and damage against creatures that believes it is real.
Every successful Will save against an opsjena grants a creature a cumulative +1 luck bonus to Will saves against the opsjena; as soon as they fail a Will save against the opsjena, this bonus immediately ends.

Summoned by only the most powerful mages of the Sideribus Volunt, these amalgamations of conjuration and illusion magic are mindless servants that perfectly carry out their orders. When its task is done or enough damage has been dealt to the creature, an opsjena disappears in a puff of smoke.

OPSJENA
Large aberration, neutral
AC 12
Hit Points 75 (8d10+30)
Speed 40 ft.
STR 16 (+3), DEX 14 (+2), CON 16 (+3), INT —, WIS 15 (+2), CHA 15 (+2)
Skills Athletics +6, Perception +5
Damage Resistances acid, cold, fire, lightning, necrotic, poison, thunder; bludgeoning, piercing, and slashing damage from magical weapons
Damage Immunities bludgeoning, piercing, and slashing from nonmagical weapons
Condition Immunities charmed, exhaustion, frightened, grappled, paralyzed, petrified, poisoned, restrained
Senses darkvision 60 ft., passive Perception 15
Challenge 7 (2,900 XP)
Figmentary. The first time a creature looks upon an opsjena and every time thereafter that it interacts with the opsjena (either attacking it or being attacked by it), the creature makes a DC 19 Wisdom save to determine how real the opsjena is. Success on this save removes the opsjena’s immunity and resistances to bludgeoning, piercing, and slashing damage and grants advantage on the next Wisdom save against the opsjena. Failure on the Wisdom save grants the opsjena 2 temporary hit points and a cumulative +2 bonus to attack and damage rolls against creatures that believe it is real.