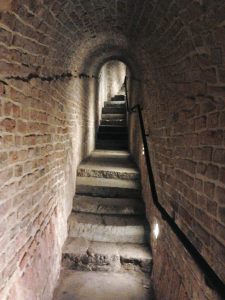 Those that wish to enter the city from outside must go to the Migrants' Gate on the outer wall (unless they are a Timerian citizen) where they are still subject to search and seizure, declaring all of their enchanted items; undeclared magic items are subject to confiscation. Those that wish to stay more than 24 hours must apply at the gate or at a Timerian embassy for a permit, and anyone found entering the city under false pretenses are subject to expulsion or arrest.