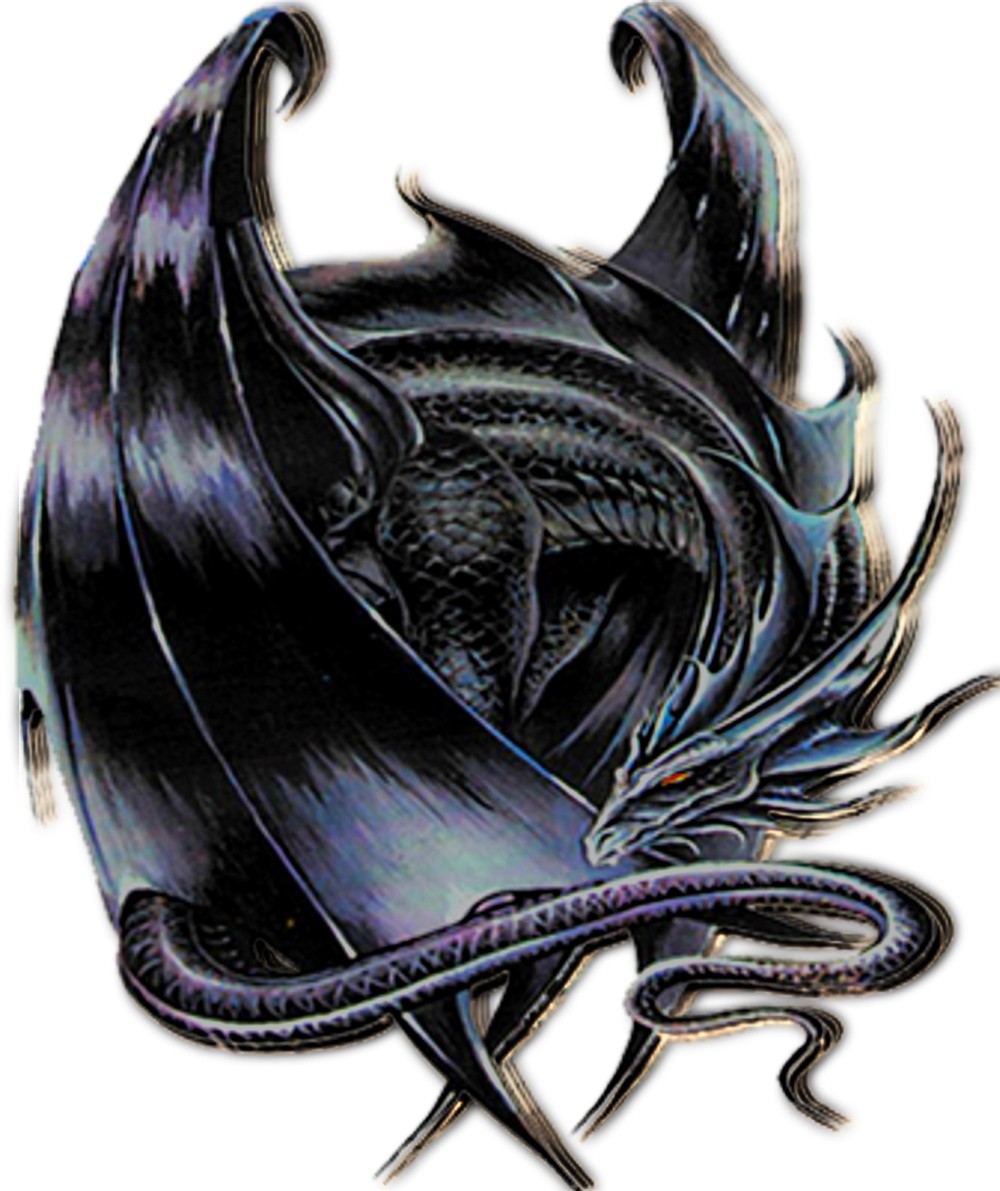 SPECIAL ABILITIES
Ghost Bane (Su) A nightmare dragon’s natural attacks act as though they have the ghost touch property.
Nightmare Breath (Su) Three times per day, a nightmare dragon can breathe a 50-ft. cone of shadows. Creatures that fail a DC 18 Will save are put to sleep for 1d6 rounds and when awoken they are confused for a number of rounds equal to half the amount of time they were asleep (minimum 1 round; no save).
Nightmare Eater (Su) The gluttony of the nightmare dragon allows it to spend a swift action to cause horrific dreams to invade the minds of sleeping creatures. These nightmares deal 2d6 negative energy damage and do not prompt a creature to awaken, healing the nightmare dragon the same amount of damage. The nightmare dragon can heal past its maximum hit point total though any additional temporary hit points vanish after an hour.
Umbral Scion (Ex) Nightmare dragons have negative energy affinity and are immune to energy drain and death effects.

Legendary Resistance (3/day).
Nightmare Eater. As a bonus action, a nightmare dragon can deal 2d6 psychic damage to a sleeping creature, gaining a number of temporary hit points equal to the damage dealt. This does not awaken sleeping creatures.